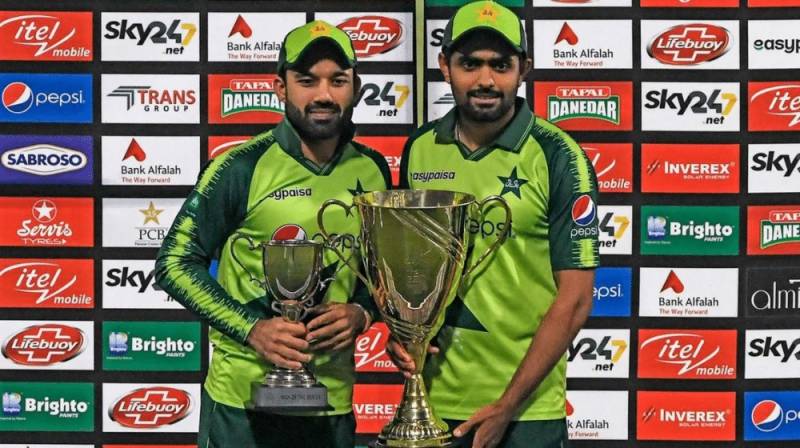 Pakistan captain, Babar Azam, has showered praises on the wicket-keeper batsman, Mohammad Rizwan, for his excellent display with the bat and behind the stumps in the series against South Africa. Rizwan was named as man of the series in both the Test and the T20I series.

Babar tweeted, “The best part of this series win is the level of commitment shown by every single member of Team Pakistan. This faith in each other, the perseverance, dedication, and mental toughness will take us a long way.

P.S. @iMRizwanPak is a true warrior!”

Babar himself had a series to forget. He looked rusty after recovering from a thumb fracture. He only managed to score one half-century throughout the series. He scored only 49 runs in the three-match T20I series.

Before the series against South Africa, Pakistan had a shambolic tour of New Zealand, losing the Test series 2-0 and the T20I series 2-1. The only saving grace from the tour was the exceptional work by Rizwan. He garnered praise for his impressive wicket-keeping, and his gutsy knocks lower down the order.