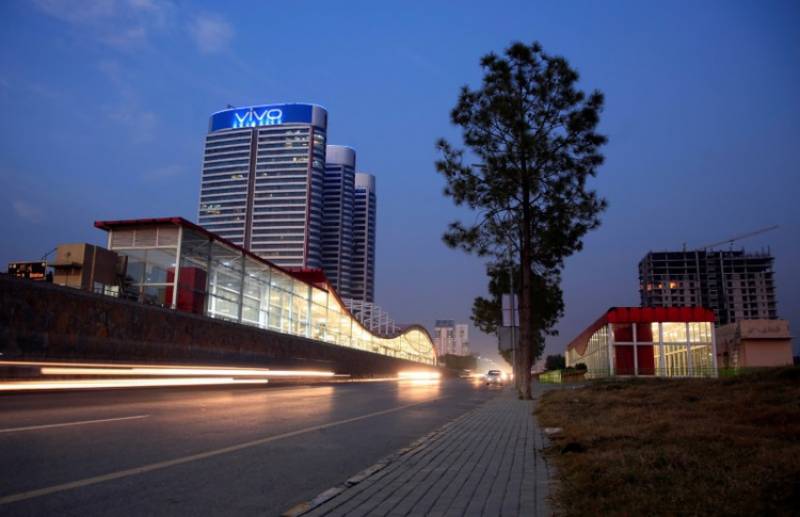 ISLAMABAD/WASHINGTON/HONG KONG: The prospect of Pakistan being placed back on a global terrorist financing watchlist could endanger its handful of remaining banking links to the outside world, causing real financial pain to the economy just as a general election looms, reported Reuters.

Washington and its European allies have co-sponsored a motion calling for the nuclear-armed nation to be placed on a “gray list” of countries deemed to be doing too little to comply with anti-terrorist financing and anti-money laundering regulations, with a decision expected next week when member states of the Financial Action Task Force (FATF) meet in Paris.

The move is part of a broader U.S. strategy to pressure Pakistan to cut its alleged links to Islamist militants waging chaos in Afghanistan.

Pakistan, which denies such links, last month shrugged off a U.S. aid suspension worth $2 billion. But inclusion on the FATF watchlist could inflict real damage, bankers and government officials say.

Islamabad has sought to head off the motion by amending its anti-terrorism laws and by taking over organizations controlled by Hafiz Saeed, a Pakistan-based Islamist whom Washington blames for the 2008 Mumbai attacks that killed 166 people.

But there are concerns Pakistan’s nearly $300 billion economy, expanding at its fastest rate in a decade at above 5 percent, could lose steam if it ends up on the FATF watchlist, from which it was removed in 2015 after three years.

“We don’t think the consequences are going to be drastic but it’s definitely not good,” said one senior finance ministry official.

Military successes against militants and massive Chinese infrastructure investments have restored some vim to an economy hobbled by a long-running Islamist insurgency and wrecked by the 2008/09 global financial crisis.

Officials are aiming for economic expansion to hit 6 percent this fiscal year (July-June) and Prime Minister Shahid Khaqan Abbasi’s ruling party will want to avert a slowdown in the lead up to a general election due in about six months.

Being placed on the FATF watchlist carries no direct legal implications, but brings extra scrutiny from regulators and financial institutions that can chill trade and investment and increase transaction costs, according to experts.

Mike Casey, a partner at law firm Kirkland & Ellis in London, said being put back on the gray list would heighten Pakistan’s risk profile and some financial institutions would be wary of transacting with Pakistani banks and counterparties.

“Others might elect to avoid Pakistan altogether, viewing the legal risks associated with doing business there to outweigh any economic benefits,” he said.

A decline in foreign transactions and a drop in foreign currency inflows could further widen Pakistan’s large current account deficit, the Achilles heel of an economy that required an IMF bailout in 2013 following a balance of payments crisis.

Another major worry is that the likes of Standard Chartered, the largest international bank in Pakistan with 116 branches, or Citibank and Deutsche Bank, who mostly deal with corporate clients, would pull out.

Banks have been retreating from high-risk countries in recent years amid intense pressure from global regulators to guard against money laundering and terrorist financing.

“The level of due diligence is already high in countries like Pakistan, but if this goes ahead then the banks will really have to reassess the risk-reward scenario,” said a senior executive with a large foreign bank, which has business interests in Pakistan.

In September, Pakistan’s biggest lender, Habib Bank, was fined $225 million and effectively forced to shut its U.S. operations by the New York regulator due to compliance failures over money laundering and terrorist financing.

U.S. watchdogs have dished out more than $16 billion in fines for anti-money laundering (AML) compliance failings since the end of 2009, according to data compiled by Hong Kong consultancy Quinlan & Associates.

“No one wants to be get caught in a situation where for a few million dollars of business the bank will have to pay billions in fines,” added the foreign bank executive.

There is no immediate indication the handful of international banks that remain are considering leaving Pakistan, and banking sources point out that these banks are well-versed with the risks of operating in the country.

Citibank, in a statement, said: “Citi complies with all applicable U.S. and international anti-money laundering requirements and economic sanctions.”

Standard Chartered said it was “closely monitoring the situation and as a matter of policy, we do not comment on market speculation”. Deutsche declined to comment.

The FATF threat has begun to weigh on Pakistan’s stock market, although local businessmen say the country’s companies are accustomed to operating in tough conditions.

Yet some are unnerved.

“It’s already tough to raise money in Pakistan and anything to do with a ‘terror financing’ watchlist will just scare people,” said the fund manager. “There will be more scrutiny and some foreign funds will back away.”

A Pakistani finance ministry source said the government also fears a downgrade by the credit ratings agencies, making it harder or more expensive for Pakistan to raise debt on the international markets.

“It reduces our credibility in the world, which is unfair,” added Pakistan’s State Minister for Finance, Rana Afzal.

Some Pakistani officials say there is growing confidence in the country that recent efforts against Saeed, who was the focus of the FATF motion, will be enough to stave off further action.

“We’ve taken the wind out of their sails,” said one senior Pakistani government official. “If we now get punished, it would be a political move and vengeful.” - Agencies