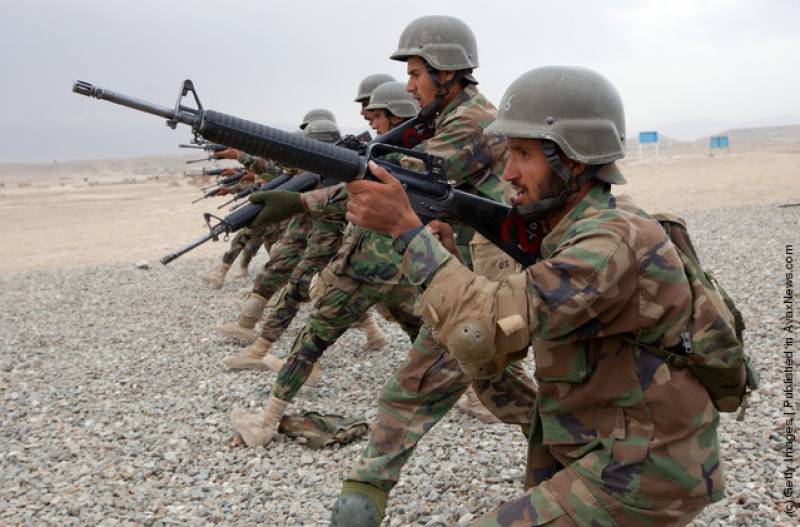 “The Americans insist that 50,000 Kalashnikov rifles with munitions that were handed over to the Afghan security forces free of charge be removed from operational use and Afghanistan buy US-made rifles and submachine guns instead," Lavrov said at a gathering on Friday, according to the report.

“Along with a question where these 50,000 rifles are to go, we have another: what is the reason behind these plans to strip the Afghan army of the possibility to use weapons it is accustomed to and to make it use what it is yet to get comfortable with," Lavrov added.

This comes after the US earlier asked the Afghan government to reject Russian choppers and replace them with US-made helicopters.

“There is no answer to this question other than that the Americans are seeking to militate against us just for the fun of it,” Lavrov said.

In July, Afghan and US officials said efforts are underway to replace Russian MI-35 strike aircrafts with American Black Hawks within the next three months as part of the government’s plans to increase the number of the Afghan Air Force aircrafts to 260 from a total of 120 within the upcoming seven years.

Statistics by the Afghan Air Force reveal that there are four MI-35 Russian strike aircraft and 26 MI-17 freight aircraft in Afghanistan. Two of the MI-35 Russian helicopters need repairing.

The statistics reveal that Afghanistan has 120 military aircraft in total including 56 strike planes, 60 freight planes and 71 helicopters.

The number, an official said, will be increased to 260 in total including 175 strike planes, 89 lift planes and 214 helicopters.