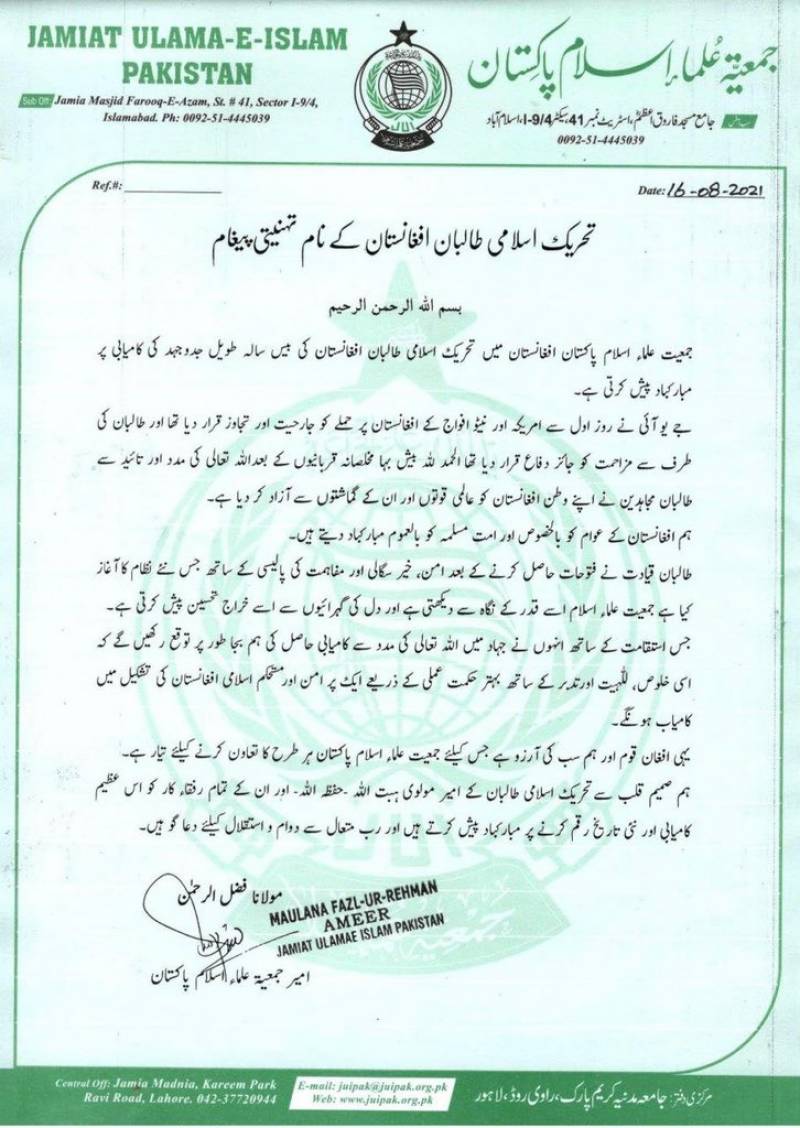 ISLAMABAD – Jamiat Ulema-e-Islam (JUI-F) leader and President of opposition alliance Maulana Fazl ur Rehman has sent a congratulation letter to the Afghan Taliban on their much-awaited victory against the United States in Afghanistan.

The JUI Chief Maulana Fazl, in the letter, congratulated Chief Taliban leader Maulvi Hibatullah Akhundzada and all his comrades on this great achievement.” It stated that JUI Chief extended his greetings to the people of Afghanistan and the all Muslim world for the landmark feat in a war-raged country.

Fazl stated that the invasion of NATO troops in the neighboring country was aggression while the Taliban’s retaliation on foreign troops is the absolute right to self-defense.

“Taliban Mujahideen have liberated their homeland Afghanistan from the world powers with the help of Almighty “. It further stated that “Jamiat Ulema-e-Islam values the new system that the Taliban leadership has launched with a policy of peace, goodwill, and reconciliation after its victories”.

Chief of the far-right political party further mentioned that the new system under the Taliban leadership, with a policy of reconciliation, is valued and the foundation of a stable Islamic Afghanistan is certain.