I love people of Pakistan more than its mountains: Vanessa O'Brien
16 Aug, 2017 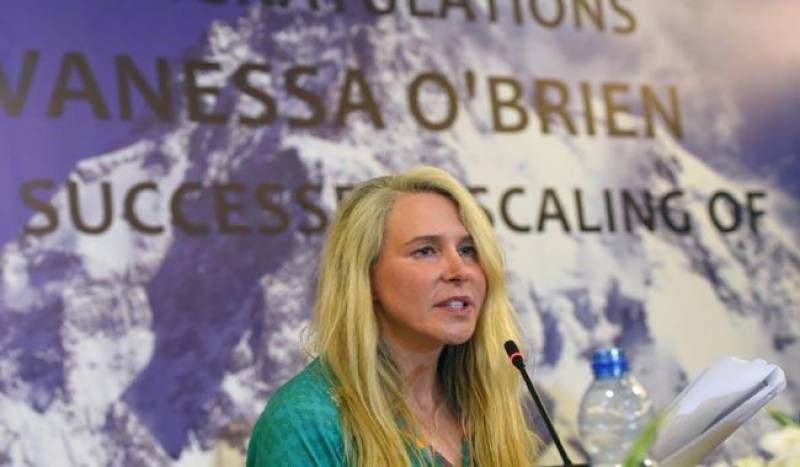 "I love Pakistan's people more than its mountains. " Vanessa told media in a news conference at a local hotel. She said she found Pakistani people loving and caring.

"I love Pakistan, its people and will like to travel again," the 52-year old, who carried flags of both the US and Pakistan atop the mountain said.

She said she would prefer to do something for Pakistan and its youth.

Vanessa O'Brien said there were so many opportunities in Pakistan, adding it needed support in various sectors and she would like to do something for this country.

Vanessa, who had already ascended Mount Everest and other top peaks around the globe, said technically K2 was more difficult peak than Everest. 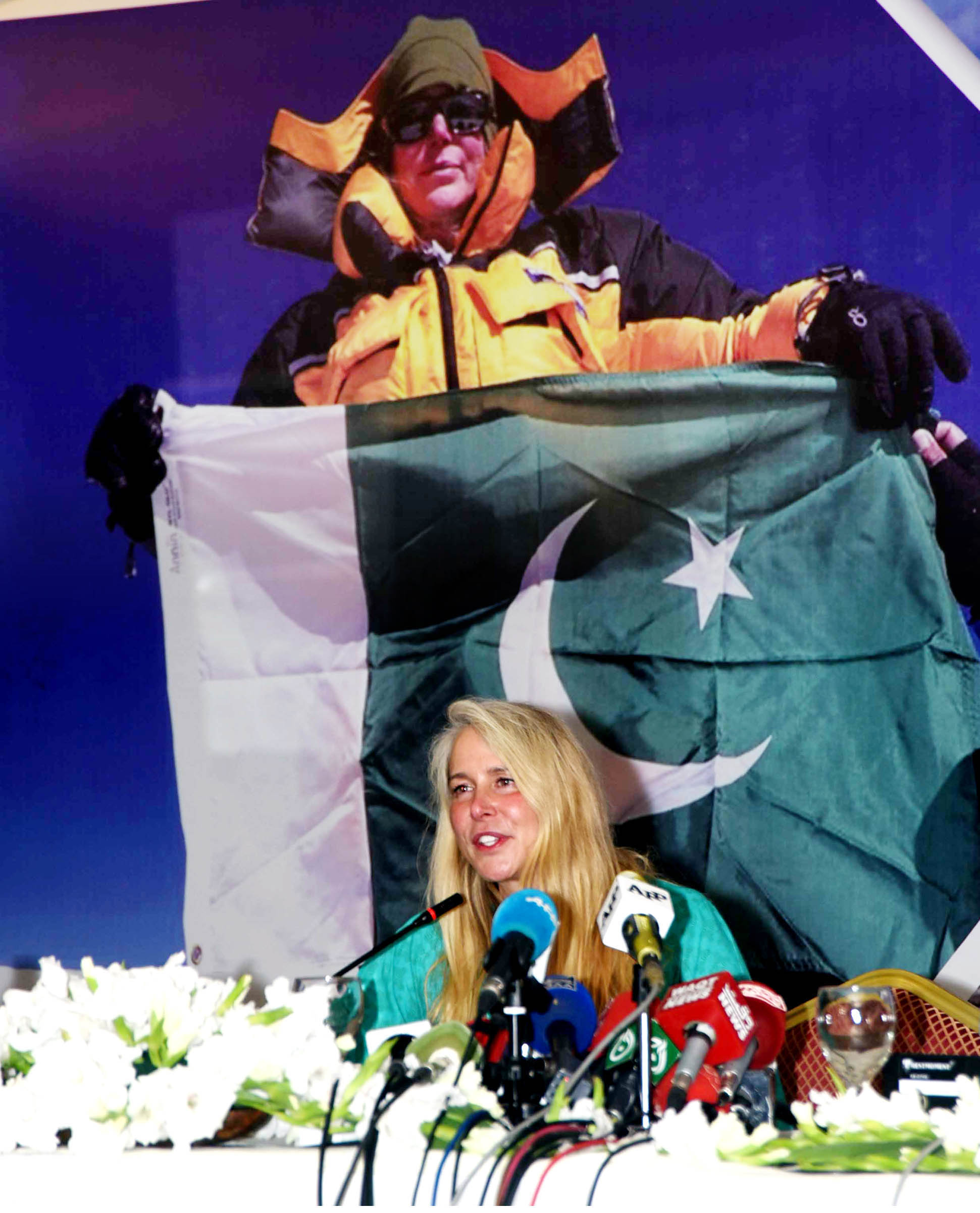 "Less than 400 people have climbed K2 and one out of five died while attempting to summit the mountain. As many as 7,600 people have scaled Everest.

She appreciated her team members saying, "I'm extremely proud of this team for their dedication, perseverance, bravery and commitment to reach the summit of K2 and to take additional risk.

" To a question she said women should try to come forward and do something different.

"They should try new things. And I believe they are capable of doing anything. "But they also need the support and backing of men.

Men should be forthcoming. Their support can help women achieve their goals," she said.

"I believe one should set their sights high, announce their intentions, ask for help, learn from their mistakes, believe in guardian angels and not let others tell you it's over until you say it's over.

"Pivot outside your comfort zone, to try something new, knowing that you have safety net of accumulated knowledge, skills and experience that no one can take away from you,"  Vanessa O'Brien said.