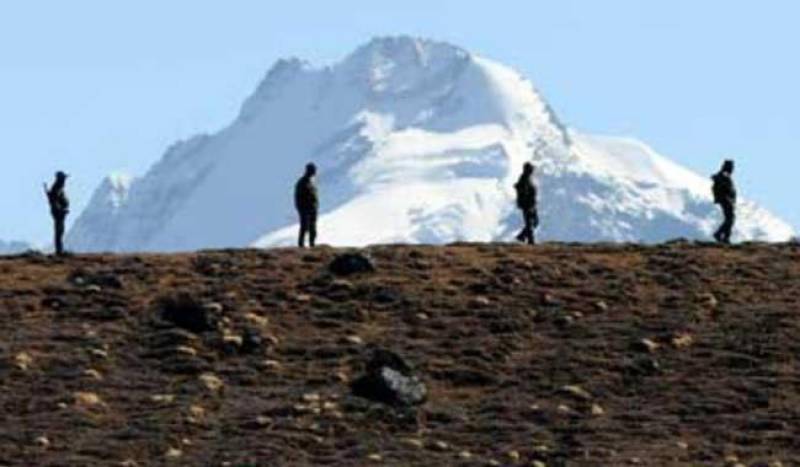 SRINAGAR: Tensions between India and China escalated after their soldiers yelled and hurled stones at each other in the Himalayas here.

Indian officials claimed that Chinese soldiers hurled stones while entering to enter Ladakh region of the Indian held Kashmir near Pangong Lake on Tuesday before confronting their Indian counterparts.

Chinese Army soldiers entered into the Indian held Kashmir till the Point four area before they went back to their positions.

The officials claimed that Indian soldiers retaliated but neither side used guns.

However, China did not comment directly on the reported incident, but called on India to comply with earlier agreements and help maintain peace and stability along the border.

An Indian officer alleged the confrontation occurred after Indian soldiers ‘intercepted a Chinese patrol that veered into Indian-held territory’ after apparently it lost its way due to bad weather.

He said that soon the soldiers from both sides began shouting at each other and later threw stones, receiving minor injuries.

The troops from both sides retreated to their positions after a brief but violent face off.

The latest incident comes amid an ongoing dispute between the two sides over a strategic Himalayan plateau thousands of kilometres away where hundreds of Indian and Chinese soldiers have been facing off against each other for more than two months.