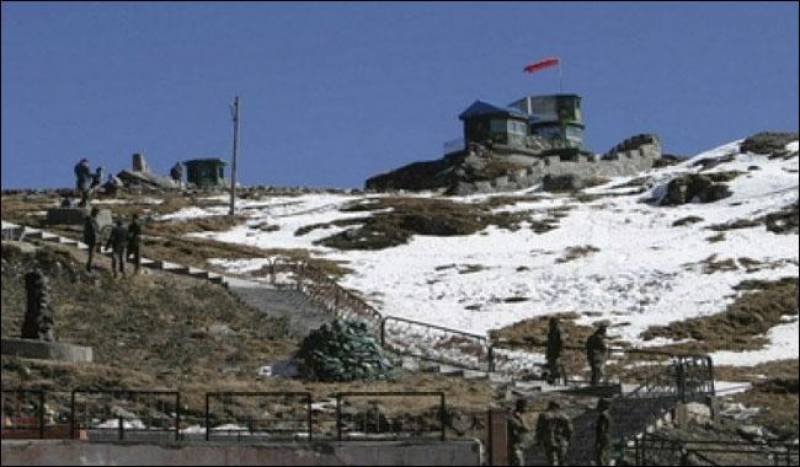 BEIJING: China's Foreign Ministry on Wednesday urged India to protect the peace and stability of the border region after Indian sources said the soldiers of the two Asian giants were involved in an altercation in the western Himalayas.

Both countries' troops have already been embroiled in a seven-week-long standoff on the Doklam plateau in another part of the remote Himalayan region near their disputed frontier.

On Tuesday, a source in New Delhi, who had been briefed on the military situation on the border, said soldiers foiled a bid by a group of Chinese troops to enter Indian territory in Ladakh, near the Pangong lake.

Some of the Chinese soldiers carried iron rods and stones, and troops on both sides suffered minor injuries in the melee, the source said.

Chinese Foreign Ministry spokeswoman Hua Chunying said she did not know the details of the most recent incident.

"But what I can tell you is that Chinese border forces have consistently and always dedicated themselves to protecting peace and tranquillity on the China-India border region and we have always patrolled on the Chinese side of the line of control," Hua told a daily news briefing.

"We urge the Indian side to scrupulously abide by relevant agreements, protocols and rules between the two countries and earnestly respect the 1959 line of control and earnestly protect the peace and stability of the border region."

China says the line of control was set in 1959 but India has disputed that.

China's Defence Ministry has yet to comment on the matter.

The two sides have frequently accused each other of territorial intrusions, but clashes are rare.

An Indian official briefed on the matter also said "flag meetings", or ceremonies involving Chinese and Indian soldiers at five points along the frontier usually held on the August 15 anniversary of India's independence, were cancelled on Tuesday.

The official said the event was marked more informally, with both sides' troops exchanging sweets at several places, including the Doklam area, where the stand-off has lasted almost two months.

The Doklam plateau lies further east from Ladakh, in another part of the two countries' 3,500-km (2,175-mile) unmarked mountain border.

China has repeatedly asked India to unilaterally withdraw from the Doklam area, or face the prospect of an escalation. Chinese state media have warned India of a fate worse than its crushing defeat in a brief border war in 1962.