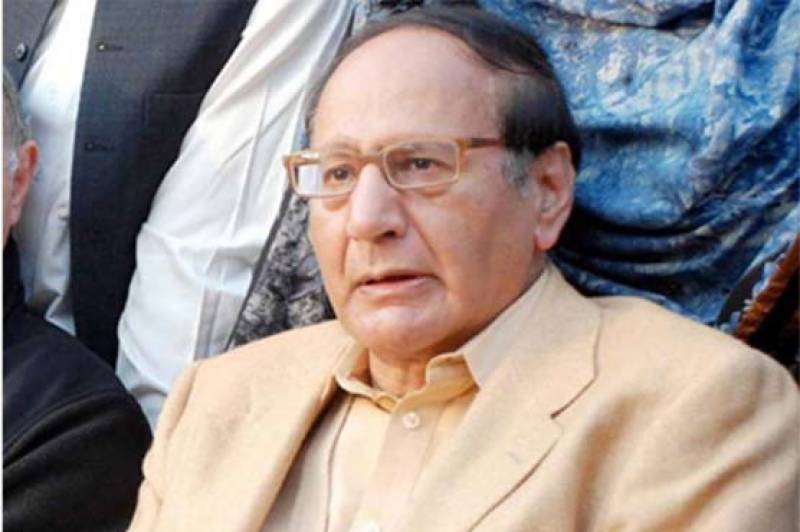 Chaudhry Shujaat Hussain arrived in Karachi on Wednesday to hold meetings with politicians in a bid to form a political alliance.

Speaking to media after his arrival in Karachi, Shujaat said he cherished a desire to unite all factions of Muslim League in the country. He said he would meet Pakistan Muslim League-Functional (PML-F) chief Pir Pagara and former Sindh chief minister Ghous Ali Shah during his stay in the province.

A large number of PML-Q workers welcomed their party leader at Karachi airport.

Answering a question with regard to Pakistan Awami Tehreek’s sit-in to demand justice for the victims of Model Town incident, he said in the firing incident fourteen people were murdered in Lahore.