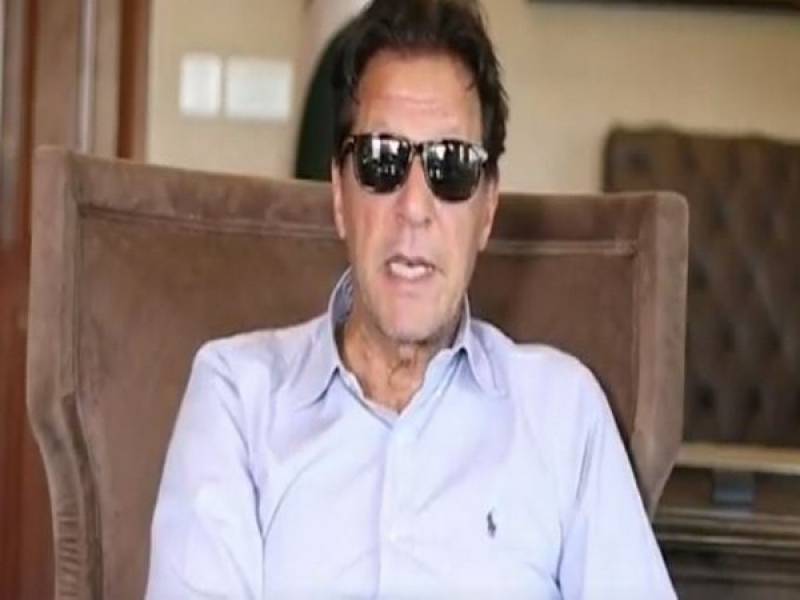 Ousted Prime Minister of Pakistan, Imran Khan on Friday appealed to the overseas Pakistanis to donate money to his Pakistan Tehreek-e-Insaf (PTI) party in order to topple the "foreign-backed" government of Shehbaz Sharif.

Ironically, Khan has asked overseas Pakistanis to donate to a party that is blaming America for overthrowing his government in Pakistan. In a Twitter video, he informed the overseas Pakistanis about the namanzoor.com website which is collecting donations from them to topple the government of Shehbaz Sharif and hold new elections.

He termed the campaign "Haqiqi-Azadi" and said that the "corrupt government" was forced upon the 22 crore population of Pakistan. Khan said that it was the right of Pakistan's citizens to decide on who would rule their country - either the PTI party or the "corrupt Sharif family" who had been jail for three years and who are fighting corruption charges. The former Pakistan PM also lambasted the US for conspiring with Shehbaz Sharif whose government was imposed on the Pakistani people through a "foreign conspiracy."

Khan alleged that with the help of the US, a corrupt government has overtaken Pakistan and therefore he wants the country to hold fresh elections where Pakistani citizens can decide on their future.