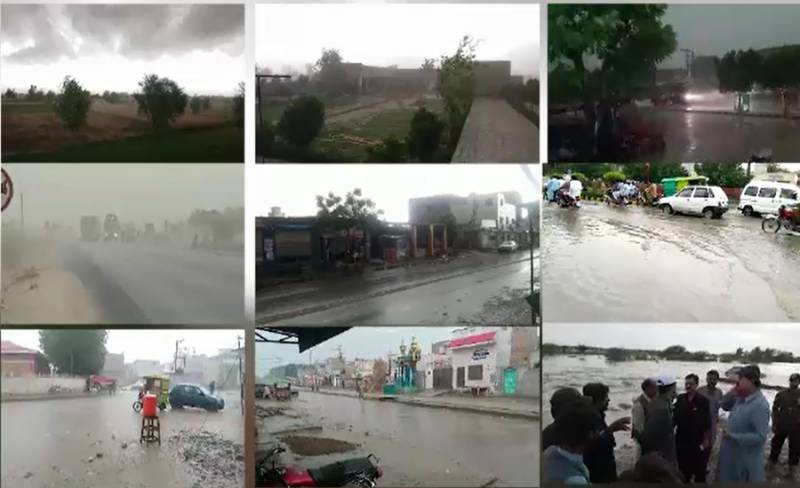 *QUETTA/KARACHI– As many as 32 people were killed in different rain-related incidents across the country during the last two days.*

In Lahore, the power supply was disrupted to several areas due to a windstorm.

Incessant rain is continuing for the last five days in several districts of Balochistan, including Quetta, Sanjavi and Ziarat. In Bhaag, two children were killed and four people were injured. The rain and hailstorm damaged crops.

In Qadirabad, the vehicle off Mir Sarfraz Bugti was washed away by flood. However, he was not in the vehicle.

In North Waziristan, the Tochi River swelled due to incessant rain coupled with thunderstorm in the area. Embankments broke at several places.

According to the Met Office, a westerly wave is affecting southern and central parts of the country and likely to grip upper parts.