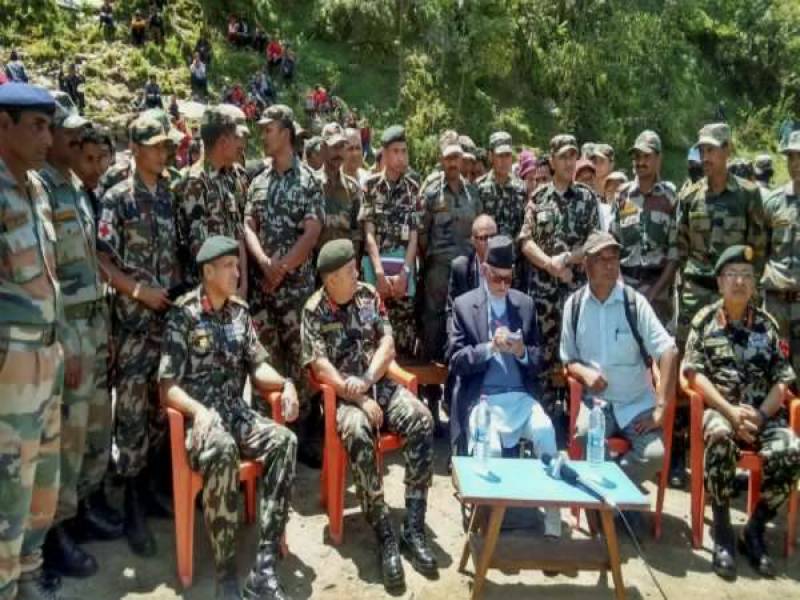 China and Nepal began their first-ever joint military exercises on Sunday, a move likely to rattle India as Beijing boosts its influence in the region.

Impoverished Nepal is sandwiched between China and India and has in recent years ping-ponged between the sphere of influence of Delhi and Beijing as the Asian giants jostle for regional supremacy.

The 10-day drill in Kathmandu, dubbed “Sagarmatha Friendship 2017” referring to the Nepali name for Mount Everest, will focus on counter-terrorism, according to Nepal's army.

“This is in line with our efforts to hold joint exercises with countries that have diplomatic relations with Nepal,” military spokesman Jhankar Bahadur Kadayat told AFP.

The drills will likely be watched closely by India, which is often accused of playing “big brother” to its tiny neighbour.

Landlocked Nepal remains dependent on India for the majority of its imports, but the previous administration aggressively courted China as part of a nationalist drive to decrease the country's reliance on New Delhi.

The current Maoist-led government in Nepal has sought to repair strained ties with Delhi while continuing to accept cash from its powerful northern neighbour.

China has lavished grand infrastructure promises on Nepal, including recently pledging $8.3 billion in investment ─ equivalent to nearly to 40 per cent of its entire GDP.