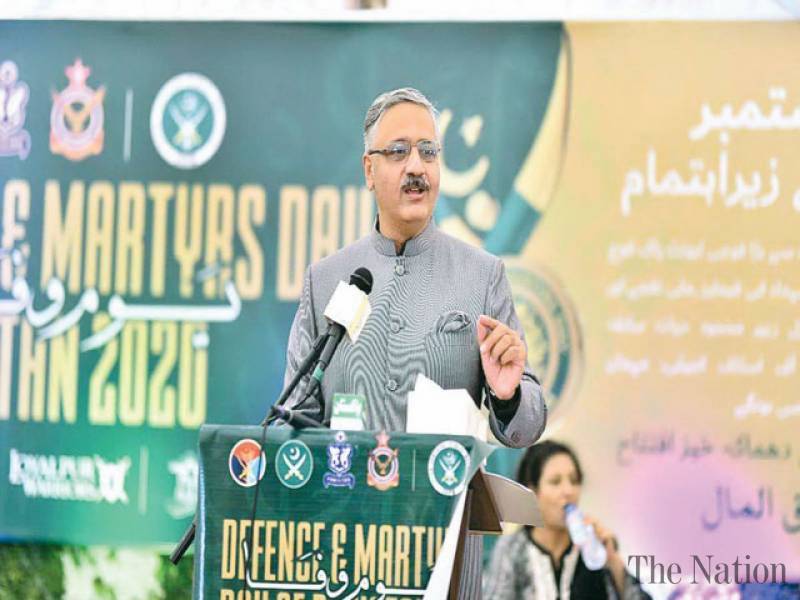 Addressing a Defence Day function here on Monday, he said that Pakistan army is fully prepared to thwart two-pronged Indian conspiracy, to weaken our bond with Islam, and create rift between the army and people by exploiting the tools of social media.

He said that Islam is a religion of peace, justice and equality whereas Indian philosophy is to control the region through fascist means. He said that India had realised that it could not suppress Islam. Kashmir is a glaring example of the idea. India failed to subjugate the people of Kashmir after 70 long years of using brute force.

He also criticised unilateral annexation of Indian occupied Jammu and Kashmir and said that this step has exposed Indian true face which converted Kashmir into an open prison.

He said that India was behind anti-Islam and anti-Pakistan propaganda on the social media, but the Pakistan Army and people were fully united and would frustrate these evil designs. He said that today we gathered here to pay tribute to our martyrs who sacrificed their lives for the nation. About Chawinda, he said that enemy attacked with an armed division at Chawinda. As a result, the largest tank battle after World War-II was fought there and our brave forces converted Chawinda into graveyard of Indian tanks.

He paid best tribute to Squadron Leader MM Alam, who made an international record of downing Indian planes and said now we have Wing Commander Noman and Squadron Leader Hasan who forced Indian pilots “to taste our tea”.

Underlining the importance of Pakistan, he said that it is the fifth largest country in the world and according to survey we are 4th most intelligent country and lead the world as far as charity is concerned. We are they only atomic power of the Muslim world. He said that our brave armed forces fought and won war against terror with active support of people of Pakistan. He said the land of Faisalabad is very fertile as it produced a number of stars like Nusrat Fateh Ali Khan, Shehbaz Senior and handball team who brought laurel for the country at global level.

Regarding Kashmir issue, he said that Indian forces had set a history of atrocities and barbarism in Indian occupied Kashmir where 900,000 India forces have been deployed only to crush voice of Kashmiri people for right to self-determination.