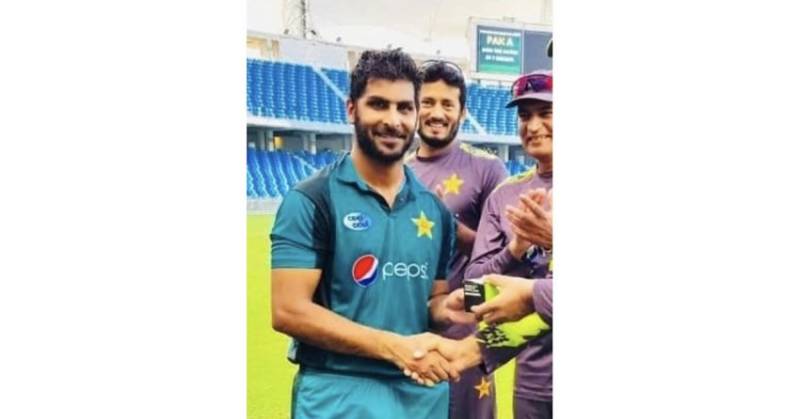 LAHORE – Central Punjab’s Muhammad Saad on Sunday became the first-ever substitute in the history of Pakistan’s domestic cricket after Usman Salahuddin was ruled out of the remainder of the first match of the first-class Quaid-e-Azam Cricket Trophy against Southern Punjab at Qaddafi Stadium.

Usman Salahuddin was diagnosed with concussion caused by a blow to his neck from a stroke by Sami Aslam while fielding at short-leg on the day 1 on Saturday.

Muhammad Saad was a right-handed batsman who has scored 4,045 runs in the first-class matches. He formerly played for Water and Power Development Authority and started his career in 2009.

Usman Salahuddin was forced to retire on Saturday after being hit on the neck by a forceful sweep from Southern Punjab opener Sami Aslam off the bowling of off-spinner Bilal Asif during the first session of the match on Saturday.

The player was immediately examined for a concussion and was taken off the field for an X-ray. Salahuddin had “neck pain, headache, and blurred vision immediately after injury, said a statement by PCB.

In August this year, Australia’s top-order batsman Marnus Labuschagne became the first substitute in the 142-year history of Test cricket after Steve Smith was ruled out of the remainder of the second Ashes Test at Lord’s against England. Smith was diagnosed with concussion caused by a blow to his neck from England seamer Jofra Archer on Day 4 of the test match.