Theresa May hits back at Donald Trump on his tweet after London Attack
15 Sep, 2017 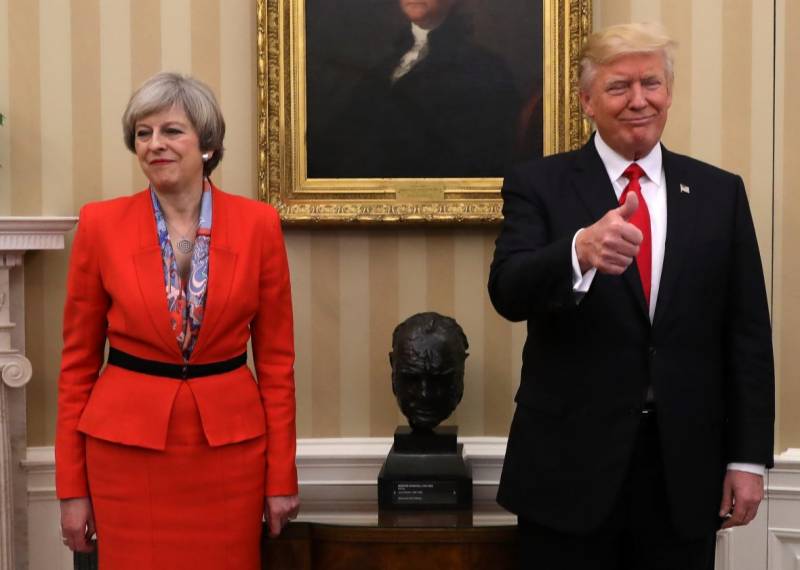 WASHINGTON - President Donald Trump sparked fury in London and yet another pointed rebuke from Prime Minster Theresa May Friday after he claimed "loser terrorists" behind a botched London train attack were known to British police.

Trump took to Twitter to condemn an attack on a packed London Underground train that injured 22 people, but also appeared to suggest the UK authorities had dropped the ball.

"Another attack in London by a loser terrorist," the US president tweeted. "These are sick and demented people who were in the sights of Scotland Yard. Must be proactive!" Trump said, appearing to reveal undisclosed intelligence from the headquarters of London s Metropolitan police force.

That electronic broadside brought a terse public response from May, who warned the US president and others not to speculate.

"I never think it s helpful for anybody to speculate on what is an ongoing investigation," May told journalists in London.

"True or not -- and I m sure he doesn t know -- this is so unhelpful from leader of our ally and intelligence partner," Timothy wrote on Twitter.

Trump s keenness to underline a series of UK terror attacks, virtually in real time, has led to repeated outcry across the Atlantic that has helped indefinitely delay his much-vaunted state visit to Britain.

In May, British officials were furious after their US counterparts leaked shared material about an investigation into a bomb attack at a concert by pop star Ariana Grande in Manchester which left 22 dead.

The bomber s identity and details of the probe leaked to US media before British officials felt ready to disclose them.

After an attack in London last June, Trump lashed London s Muslim mayor Sadiq Khan for telling the public there was "no reason to be alarmed" over armed police on the streets.

On that occasion, Prime Minister May was forced to upbraid Trump, saying "I think Donald Trump is wrong in what he said about Sadiq Khan in the aftermath of the London Bridge attack."

In March, the White House left UK spooks apoplectic when it cited unproven media reports that President Barack Obama had asked Britain s signals intelligence agency, GCHQ, to monitor then-candidate Trump in order to "make sure there were no American fingerprints."

The normally tight-lipped agency called the allegations "nonsense," adding that "they are utterly ridiculous and should be ignored."

Trump on Friday also used the London train attack to renew calls for his controversial ban on travelers from several predominantly Muslim countries -- a rallying cry of his right-wing base who have recently been angered by his support for an amnesty for some migrants.

"The travel ban into the United States should be far larger, tougher and more specific -- but stupidly, that would not be politically correct," the president said in a series of tweets.

"Loser terrorists must be dealt with in a much tougher manner. The internet is their main recruitment tool which we must cut off & use better!" he added, without elaborating.

Speaking in London on Thursday, Secretary of State Rex Tillerson hailed a relationship that is "as special today as it has ever been."

That premise looks set to be tested when Trump, as he also announced Friday, calls May to discuss the attack in the coming days.