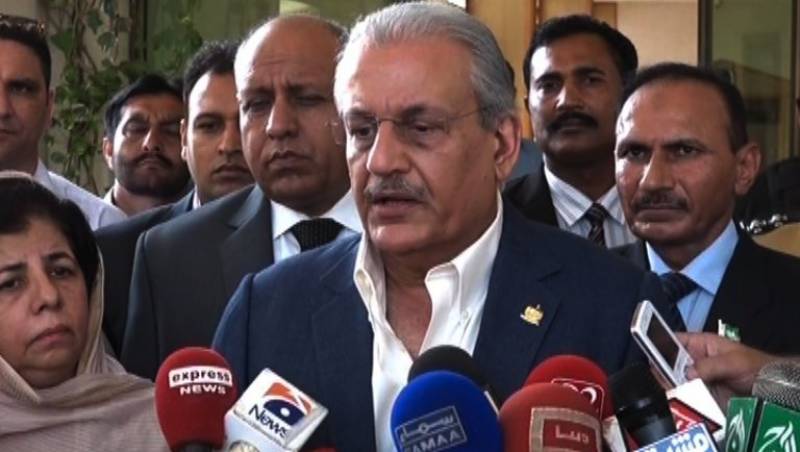 ISLAMABAD: All State institutions are working under the Constitutions which provides for trichotomy of power and this provision should be respected by every institution.

This was stated by Chairman Senate Mian Raza Rabbani in Senate session on Friday, during his remarks in connection with International Democracy Day.

He said that State institutions should respect constitutional limits to allow democracy to flourish. All institutions, he said, should stay within the roles provided to them under the constitution.

The Chairman Senate also observed that one of the functions of the Parliament under the Constitution is oversight of executive and to provide policy guidelines. Government needs to empower the Parliament so that Parliament can play an effective role in this regard, he added.

Senators also spoke on the subject initiated in House by Senator Farhatullah Babar who cautioned about overstepping mandate of state institutions and also paid tribute to all workers who have worked for democratic struggle.

Senator Mohsin Leghari emphasized on looking inward and taking more responsibility as Parliamentarians to play part as democracy flourishes in the country.