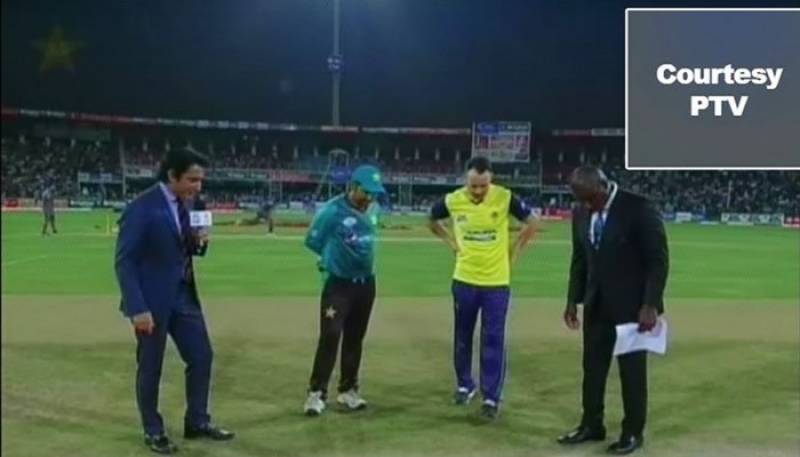 LAHORE: World XI won the toss and elected to bowl first against Pakistan in the third T20 being held at Gaddafi Stadium on Friday.

Speaking at the toss, Skipper Sarfraz Ahmed said that fast bowler Hasan Ali will make play the match in place of Sohail Khan.

"Hopefully we won't be repeating the mistakes we made in the last game," said the skipper.

A young, buoyant Pakistan team takes on the star-studded World XI in the series decider of the Independence Cup as the historic tournament draws to a close.

Today’s finale has all the makings of a memorable clash, as the galaxy of top-notch cricketers from seven different countries and Champions Trophy winners Pakistan lock horns in the race to the glittering trophy.

People from all over the city have reached the stadium.