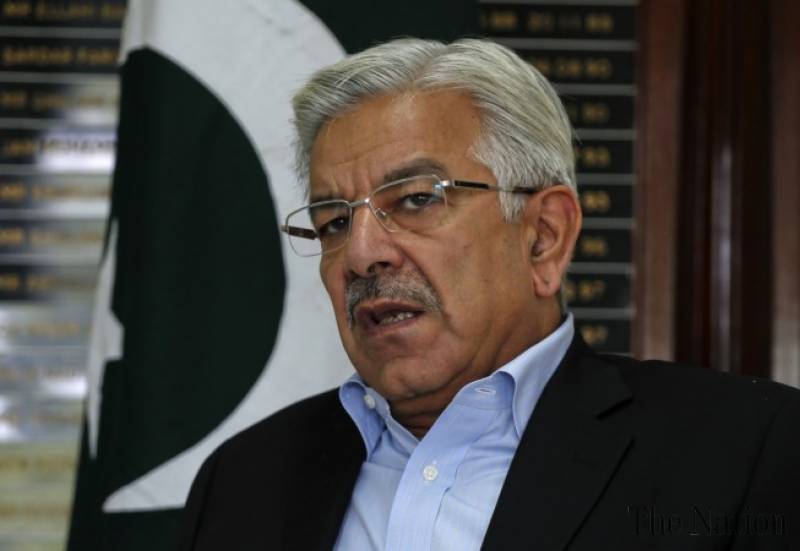 Foreign Minister Khawaja Asif said Thursday that Pakistan will not beg for the American aid. "We do not need American aid but Pakistan's sacrifices against terrorism being recognized," the foreign minister said and referred to the losses of Pakistani military officers during fight against armed groups and financial losses the country has suffered.

"Pakistan have fought anti-terror war with own resources," he said in an interview with a news channel.

He was talking about US President Donald Trump's remarks that the US has given billions of dollars but it has not fought against the groups, which are fighting in Afghanistan.

Asif said he will ask the United States and the world community during his upcoming visit to New York to do more against terrorism as his country has done more than anyone.

The minister offered the remarks when his attention was drawn towards statements by US president and other American leaders who routinely ask Pakistan to take more steps against terrorism.

"We have conveyed to the United States to change its approach towards Pakistan and the region," the foreign minister said.

He disclosed that he will hold a series of high level meetings on the sidelines of the UN General Assembly in New York later this month.

Meetings with Afghan President Ashraf Ghani and the Russia foreign minister are part of the UN interaction, he said.

To a question, he said that trilateral meeting of the foreign ministers of Afghanistan, China and Pakistan will be held in Beijing in December that will focus on ways for peace and stability in Afghanistan.

He rejected the allegations that the Taliban-linked Haqqani Networks has sanctuaries in Pakistan and said the group operates from eastern Afghan provinces of Khost, Paktiya, Paktika and Kunar.

"Afghan Taliban have now control over vast areas and their fighters have a space to live there," the foreign minister said.

To a question, he said the military and civilian leaders are on the same page on all key issues, adding that Pakistan army and other law enforcement agencies have performed much better against terrorism than any other country.

Asif described his recent visits to China, Iran and Turkey as successful and said he discussed all important issues during his talks. He said Iran had concerns over the US policy for the region.