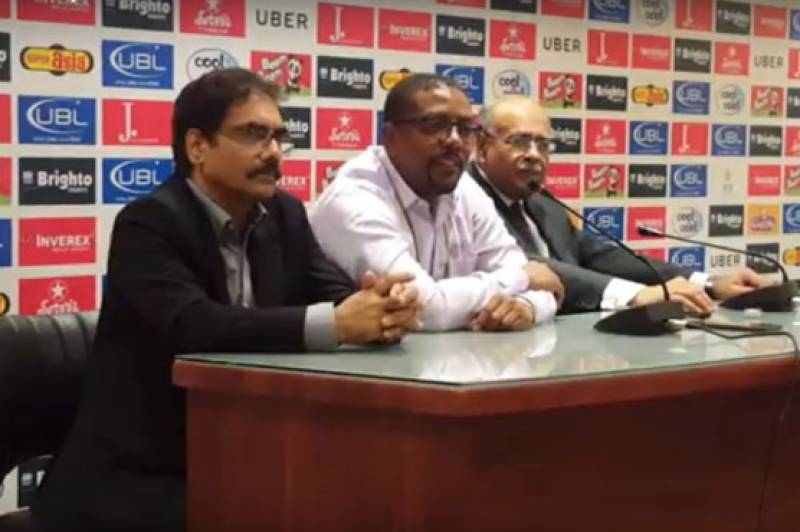 LAHORE: West Indies Cricket Board (WICB) Chairman Dave Cameron has announced a good news for the cricket lovers in Pakistan.

He said that the peaceful organization of the World XI tour will increase the chances of a three match T-20 series to be held in Pakistan in November.

He said this during a joint press conference with Pakistan Cricket Board (PCB) chairman Najam Sethi at Gaddafi Stadium, Lahore.

“We can empathize with Pakistan, because the problems Pakistan is facing in arranging these tours, we face similar circumstances back home,” Cameron said. West Indies cricket team has always been compared with Pakistan becuase of the unpredictability of both teams and the flair with which they play

He said that since former West Indies captain Darren Sammy had toured Pakistan twice and Samuel Badree has toured with the World XI team, their experiences will make it easier for other players to decide.

Cameron appreciated PCB’s efforts in reviving cricket in Pakistan. He said that the passionate people of Pakistan deserve to watch cricket at their own grounds.

A few months ago West Indies were also certain to tour Pakistan but Federation of International Cricketers’ Association (FICA) had warned against letting the players to tour Pakistan.