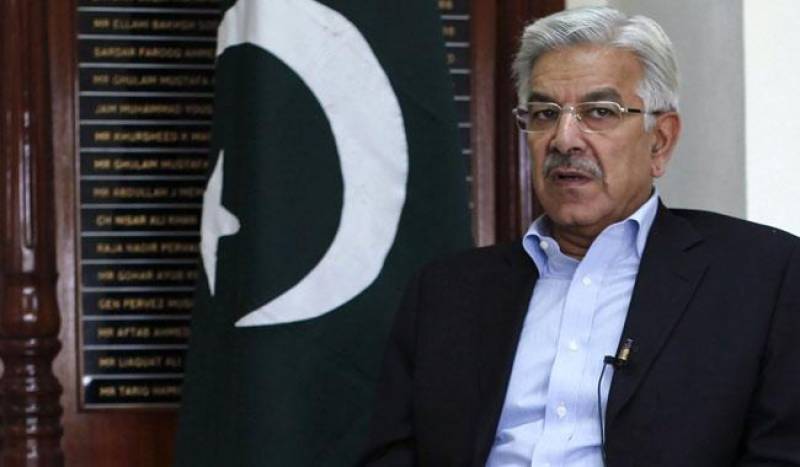 RAWALPINDI: Foreign Minister Khawaja Asif has said that the civilian government did not implement the National Action Plan (NAP) on its part as compared to the Pakistan Army and that was what he meant when he said there was a need to 'put our house in order'.

He said that Supreme Court (SC) in 2012 had delivered a judgement in the Asghar Khan case in which it was stated that an inquiry should be carried out against politicians who were accused of taking money from the ISI, but Chaudhry Nisar had rejected that inquiry and that was the reason that he has not been on talking terms with him (Nisar) since then.

He said that the internal dangers being faced by the country were graver than external dangers which had been identified as they were visible. But, he said, the aftermath of our wrong policies of two or three decades could be seen in our streets and that debris seemed clean now.

Khawaja Asif said the army had offered great sacrifices in the war against terrorism. He said civilians were also martyred in fight against terrorism like Bashir Balour, son of Iftikhar Hussain, Shuja Khan Zada etc. He said that no army of the world tackled terrorism as our army did.

On the question of Asghar Khan case Khawaja Asif said the Supreme Court in 2012 has passed verdict in which it said that FIA should carry out inquiry against those politicians who were accused of taking money from ISI and that time Chaudhry Nisar was the opposition leader and he rejected that inquiry.