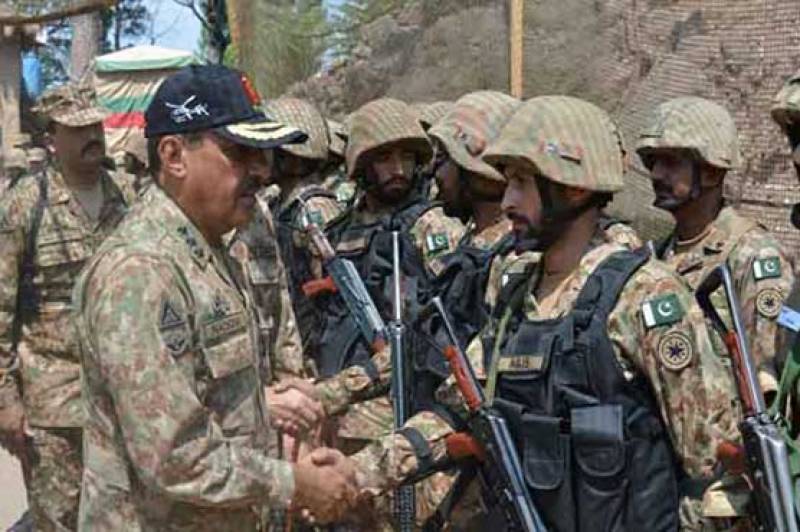 According to Inter-Services Public Relations (ISPR), the corps commander arrived in the sectors which were targeted by Indian Army in past few days.

During the visit, Lieutenant General Nadeem Raza assured that Pakistan Army will continue giving befitting response to Indian firing for the protection of the locals. Earlier, Director General (SA & SAARC), Dr. Mohammad Faisal, summoned the Indian Deputy High Commissioner, Mr. J.P. Singh and condemned the unprovoked ceasefire violations by the Indian occupation forces in Phuklian Sector on 13 September 2017, resulting in the shahadat of 2 civilians, 35 years old Muhammad Zahoor, resident of village Dewara and Reshma Bibi, resident of village Kakran, and injuries to 3 othersIndian forces have carried out more than 700 ceasefire violations along the working boundary in 2017, resulting in the martyrdom of 29 civilians with 113 injured. In 2016, occupying forces in held Kashmir carried out 382 ceasefire violations as comparison.