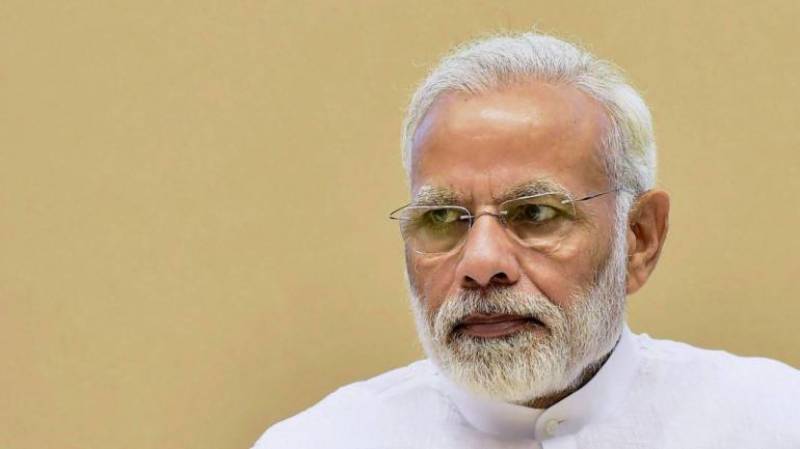 Indian Prime Minister Narendra Modi threatened on Tuesday that India would not allow its water to flow to Pakistan.

Addressing a gathering regarding an election meeting, the Indian premier insinuated that for 70 years, the water ‘which belongs to India and the farmers of Haryana flowed to Pakistan’.

The BJP leader said he ‘will stop this water’ (from flowing into Pakistan), adding that the farmers of Haryana and Rajasthan have the rights over the water that is flowing to Pakistan and was not stopped by successive Indian governments.

“Modi will fight your battle,” he assured the people at the rally in Charkhi Dadri in Haryana.

India and Pakistan share water under the Indus Waters Treaty (IWT) brokered by the World Bank. For many decades, the treaty remained in place despite wars between the neighbours, however, Modi has been threatening to ‘dry up’ Pakistan with threats.