Imran Khan’s video clip names all the internal and external elements posing threat to his life
15 May, 2022 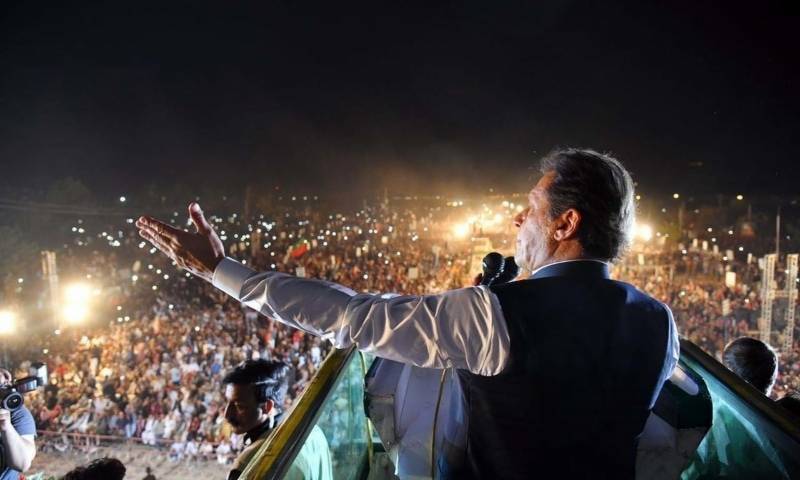 SIALKOT – Former Prime Minister Imran Khan revealed that he has recorded a video clip that will be released if he is assassinated.

A large number of PTI activists can be seen at the anti-government rally with Imran Khan on the stage.

Pakistan Tehreek-e-Insaf Chief Imran Khan, while addressing a public gathering in Sialkot, said a conspiracy is being hatched against me behind closed doors. The firebrand politician mentioned that some people want him 'dead'.

PTI chief said he has mentioned all the names involved in the conspiracy against him.

PTI Chief is expected to give the next line of action to the supporters in his drive against the coalition government.

Earlier in the day, several PTI leaders and activists including, Usman Dar, were briefly detained when they attempted to go ahead with anti-government rally at Sialkot's CTI ground.

Later, PTI changed the venue and the public gathering is now being held at the VIP Cricket Ground.