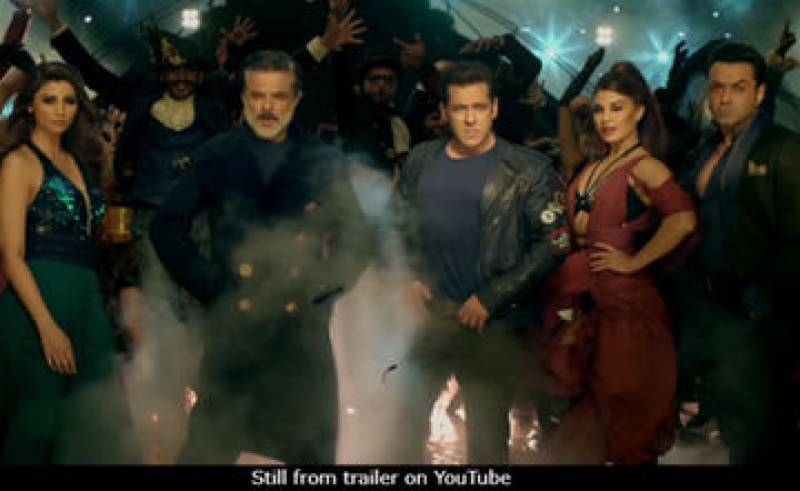 The opening scene is highly reminiscent of Tom Cruise's Mission Impossible Adventure - Salman can be seen jumping off from the roof a high-rise with the disclaimer that: "Parivaar ke liye agar kissi jaan bhi leni pare toh bhi hum peeche nahi hatenge." However, it will be wrong to say that Salman is the sole focus of Race 3trailer, though it appears that his character Sikander is at the centre of all the drama and action in the movie.

The Race 3 trailer has allotted screen space to each actor from the ensemble cast - Anil Kapoor is seen as a business tycoon, who will do anything to save his portfolio. Daisy Shah and Saqib Saleem play his children while Salman is the "blue eyed boy" in the family. Jacqueline Fernandez features in blockbuster action sequences and so does Bobby Deol, who appears to be Anil Kapoor's rival in business.