US Ambassador to UN Nikki Haley fell too low in emergency UNSC session
15 May, 2018 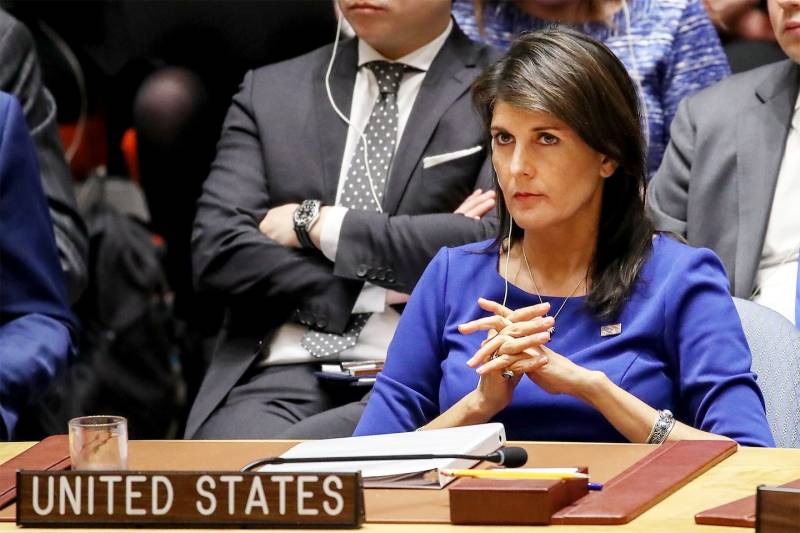 NEW YORK: The US ambassador to the United Nations Nikki Halley fell too low on Tuesday when she defended Israeli massacre of Palestinians in Gaza.

She told an emergency Security Council meeting on the violence in Gaza, that ally Israel had acted with restraint in the face of provocation from Hamas.

The UNSC meeting on the violence along the border between Israel and Gaza began with a moment of silence for the more than 60 Palestinians martyred by Israeli forces on Monday, the bloodiest day there since a 2014 war.

"No country in this chamber would act with more restraint than Israel has," Nikki Haley told the Security Council.

"In fact, the records of several countries here today suggest they would be much less restrained," she said, a day after Israeli forces martyred 60 Palestinians in Gaza and injured nearly 2,800.

The UK reiterated that an independent investigation over the Gaza killings be called. It reiterated support for a two-state solution with Jerusalem as the shared capital.