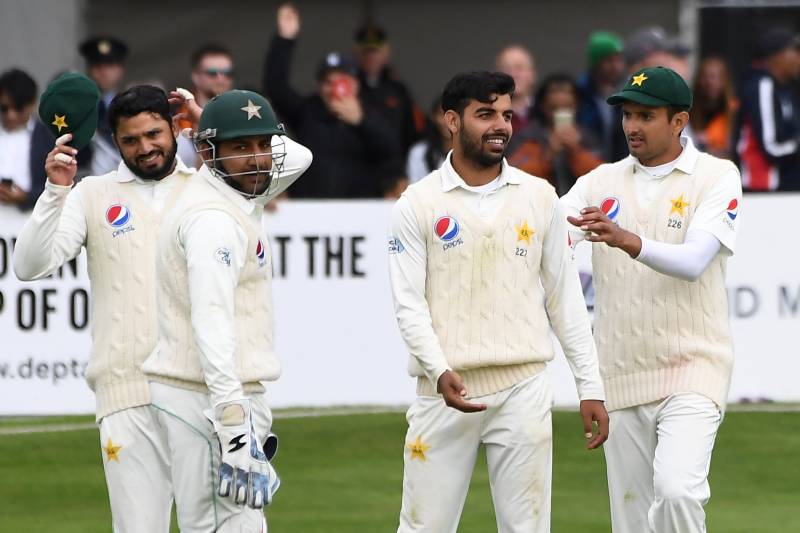 DUBLIN: Kevin O'Brien's innings came to an end on the first ball of the day on the fifth and final day of the Test match against Pakistan

Haris Sohail took the catch at slip after Mohammad Abbas found the edge as O'Brien was dismissed without adding anything to his overnight score of 118.

Today, Pakistan will be looking to stop the flow of runs from the Irish and take the last three wickets before Ireland can put up a big score.

When the Irish will get down to the pitch today they will be hoping to build on yesterday’s momentum where O'Brien scored an unbeaten 118.

Ireland, who were made to follow-on, were 319-7 at stumps on the fourth day at Malahide – with a lead of 139 runs. Fourth-day innings

Ireland started the day on their highly creditable overnight 64 without loss.

But they lost four wickets in Monday's first session, with left-arm quick Mohammad Amir — who had both openers dropped during a brief spell on Sunday before going off with a knee problem — enjoying a burst of two wickets for no runs in six balls.

It was a heartening sign for Pakistan ahead of their upcoming two-Test series in England that will feature back-to-back fixtures at Lord's (May 24-28) and Headingley (June 1-5).

Amir, however, repeatedly limped around the field on Monday when he was not bowling.

Ireland resumed with veteran opener Ed Joyce, arguably their greatest batsman of all time, 39 not out and captain William Porterfield unbeaten on 23. At that stage they were still 116 runs behind.

The last thing Ireland needed was to gift Pakistan a wicket via a runout and yet that is exactly how an opening stand eventually worth 69 runs ended when Joyce set off for a needlessly tight single before failing to beat Faheem Ashraf's direct hit from midwicket.

The 39-year-old left-hander was out for 43, including six well-struck fours.

Fear that as soon as Ireland lost one wicket, another might follow quickly were proved correct as 69 for one became 69 for two, with Andrew Balbirnie lbw to Mohammad Abbas for nought for the second time in the match as he completed a pair.

Amir struck with his 29th ball Monday when Niall O'Brien, Kevin's brother, had his stumps uprooted for a wicket greeted with the bowler's familiar arms outstretched celebration.

And 94 for three became 95 for four when Amir had Porterfield (32) edging to wicket-keeper Sarfraz Ahmed, the Pakistan captain.

An innings defeat was still a possibility when Amir, given a jail sentence and banned from cricket for five years as a result of his involvement in a spot-fixing scandal during the 2010 Lord´s Test, took his 100th wicket in 31 matches at this level when Gary Wilson was held in the slips by Haris Sohail. - APP/AFP