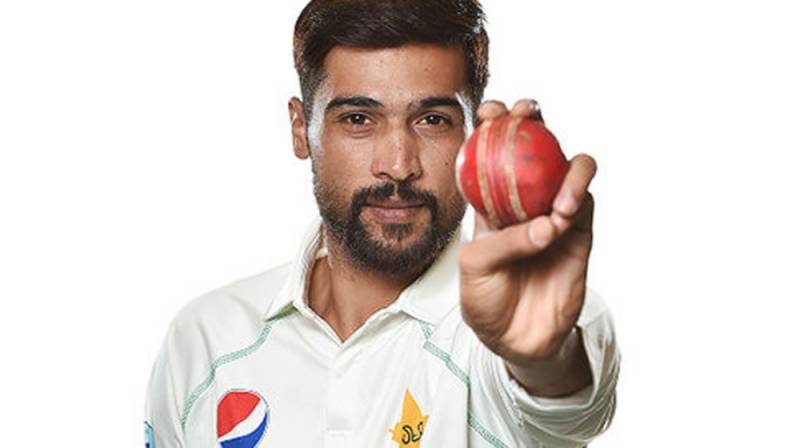 LONDON - Following a difficult journey, Muhammad Amir has reached another milestone in his international career by taking 100 Test wickets.

The Pakistan spearhead reached the 100 wickets tally in the on-going Test match against Ireland despite having a chronic left knee problem.

Amir went off after bowling only 3.2 overs but he managed to recover after physical therapy. Pakistan enforced the follow-on after Irish batting order collapsed against Pakistan’s vicious bowling attack.

Ireland resumed their 2nd innings at 64 for 0 on the fourth day of the Test match. Amir, however, was not on the field until the 9th over of the day was bowled.

Amir carried on with his spell and again made a breakthrough, this time, taking the crucial wicket of Irish captain William Porterfield who departed after making 32 runs.Pakistan managed to take two wickets, one of which was a run-out by Faheem Ashraf. Struggling to breakthrough, Amir was brought onto the attack and he immediately responded with a wicket as he demolished Naill O’Brien’s stumps.

At this stage, Amir had taken 2 crucial wickets in seven balls without giving any runs.