CPEC: Pakistan China ink yet another key agreement
15 May, 2018 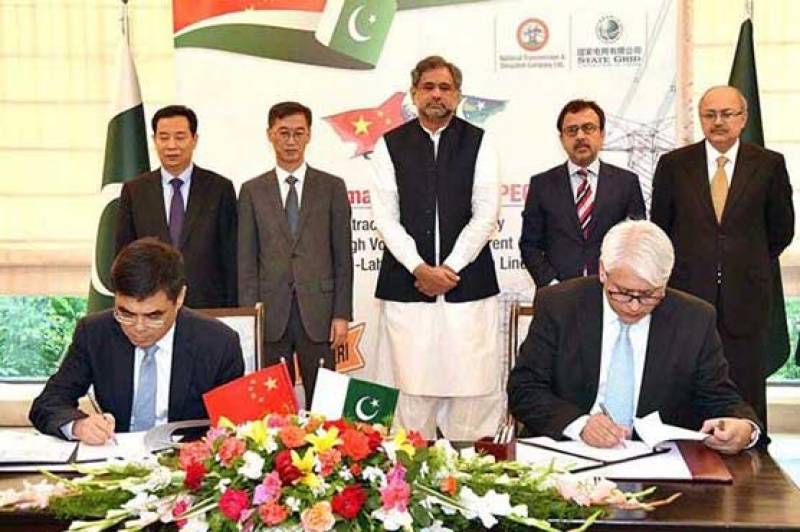 During the briefing about the agreements, the prime minister was informed that with the launching of “China Pakistan Economic Corridor” energy portfolio, planning for evacuation of power from the upcoming power plants, including Thar, Port Qasim, nuclear and at Hub, became a challenge for NTDC.

Accordingly, HVDC Transmission Line was planned under CPEC for which Cooperation Agreement was signed in 2015 between NTDC and State Grid Corporation of China.

This flagship project is first of its kind in Pakistan and also the first being executed under the Government of Pakistan Transmission Policy-2015 on Build, Own, Operate and Transfer (BOOT) basis for 25 years.

The project has a completion time of 27 months and Commercial Operation Date (COD) has been fixed at March 1, 2021.