A province in Afghanistan is on verge of fall to Taliban: Report
15 May, 2018 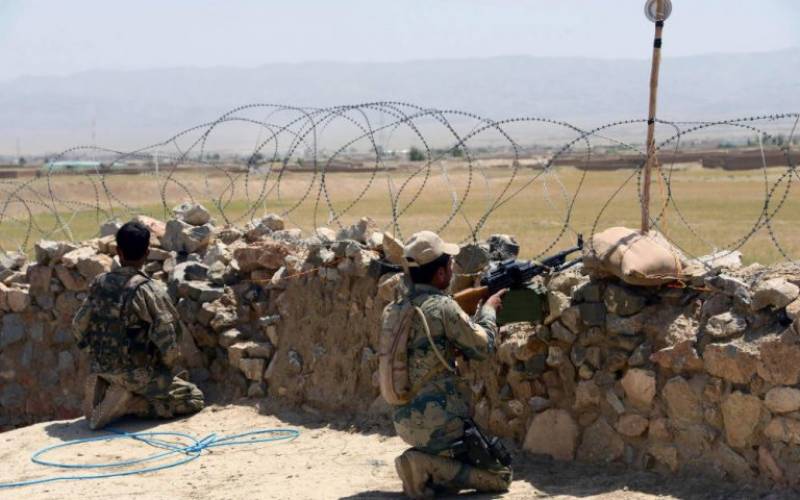 HERAT: Taliban fighters threatened the provincial capital of Farah in western Afghanistan on Tuesday, with fighting underway on the outskirts of the city where government forces were defending two police districts, officials and residents said.

A Farah government official and several residents said security forces were engaged in police districts two and three, around 4 km (2.5 miles) from the city center.

“The Taliban are moving very fast, if the government does not take serious and speedy action, the province is going to collapse to Taliban,” said Hamidullah, a resident of the city reached by telephone.

Other residents, who spoke on condition of anonymity because of fears of possible Taliban retribution, said Taliban forces began their operation at around 2.00 am (2130 GMT Monday), attacking the city from several directions.

Noorulhaq Khaliqi, a military spokesman in Farah, said Afghan security forces had repelled the attack but some residents said the Taliban had already set up checkpoints around the city and were checking identity cards and preventing people from fleeing.

Mohammad Radmanish, a spokesman for the defense ministry in Kabul said they have ordered security forces from neighboring provinces to travel to Farah to protect civilians and government buildings.

Two members of the Afghan forces were killed and four were injured, said Radmanish.

A local administrator said the attack by Taliban insurgents was an example of intelligence failure.

“Taliban has entered our city with a full might…they are equipped with heavy arms and night vision,” said Dadullah Qane, a provincial council member of Farah.

Taliban issued a statement to declare that they have captured checkpoints and an office of intelligence department where senior police officials worked.

Qari Yousuf Ahmadi, a spokesman for Taliban said large scale attacks will continue in Farah and he warned civilians to remain inside their houses.

“Mujahideen have nothing to do with civilians, only military positions are the target,” Ahmadi said in a statement on Tuesday.

The fighting adds to the growing number of crisis points around Afghanistan since the Taliban began their annual spring offensive last month, including a series of deadly suicide attacks in the capital, Kabul.

District centers have been lost or threatened in the northern provinces of Baghlan and Badakhshan and there has been heavy fighting in Faryab in the northwest and Ghazni and Zabul, south of Kabul.

Farah, a remote and sparsely populated province on the border with Iran, has seen months of heavy fighting, with hundreds of police and soldiers killed and severe losses inflicted even on elite special forces units.

Residents in Farah have long warned that the city was vulnerable. The governor of the province stepped down in January, blaming the worsening security situation and what he said was political interference and corruption.

The province, which also borders the opium-rich Taliban heartland of Helmand province, has key smuggling routes into Iran. Hundreds of fighters have moved there as US and Afghan forces have stepped up operations in Helmand.

A doctor from the provincial hospital in Farah, who did not want to be identified, said so far two dead and 16 wounded members of the Afghan security forces, as well as five wounded civilians including women and children, had been taken to the hospital.