AB Devilliers and Virat Kohli stunning performance in IPL
15 May, 2016 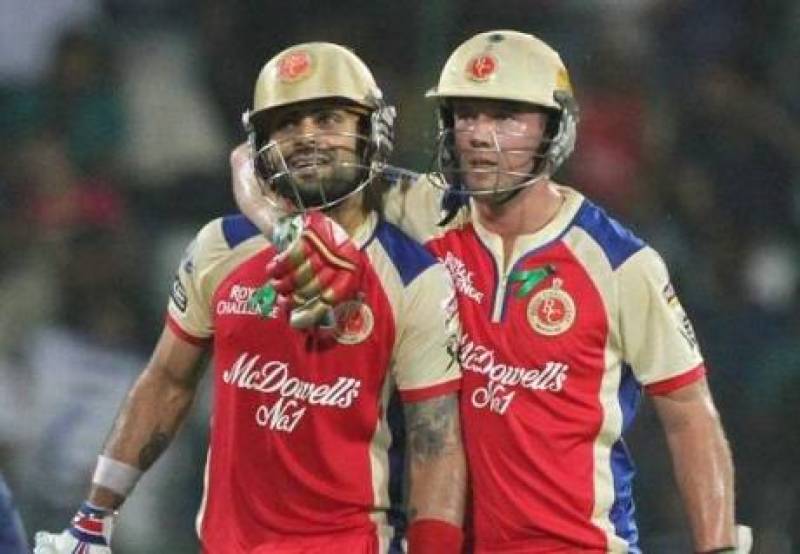 Kohli and teammate AB de Villiers after the pair smashed scintillating centuries in their Indian Premier League match to break a string of records.

a record 144-run victory over the stunned Gujarat Lions on Saturday night.

In front of a roaring crowd in Bangalore, the formidable duo scored

only the second ever centuries by batsmen in the same innings in Twenty20 cricket.

together for Gloucestershire against Middlesex in 2011.

night, the highest partnership in the history of T20 cricket.

The pair smashed their own record of 215, which they notched up

while playing for Bangalore against the Mumbai Indians during the 2015

Captain Kohli, who is in sizzling form with three centuries in the

current IPL, turned the attention on his partner, saying the South African had given him the confidence to power on.

"He's just an absolute legend. He gave me so much confidence in

there. I started off slowly but he just took over and you saw what he can do when he gets set," the 27-year-old said of de Villiers, who struck 10 four and 12 sixes.

The South African, for his part, paid credit to his wife, saying he

performed well whenever he knew that she was in the stands watching.

describing their performance as "top knocks from 2 real champions".