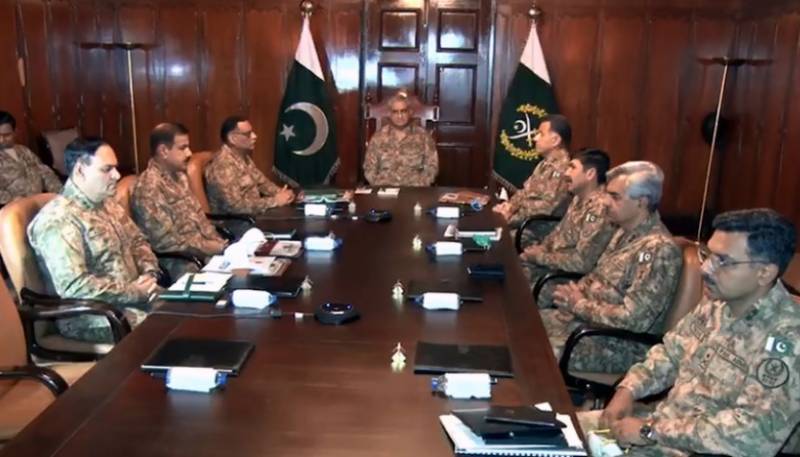 According to the military’s media wing, Inter-Services Public Relations, the corps commanders met in Rawalpindi at the General Headquarters and called on the international community that such dangerous incidents could act as a trigger and seriously endanger regional peace and strategic stability.

Presided over by Chief of Army Staff General Qamar Javed Bajwa, the corps commanders were given a comprehensive briefing on important global and regional developments, the internal security situation in the country, and progress on ‘Western Border Management Regime’.

Officials reviewed with concern, the recent incident of missile firing, claimed as accidental by India, which could have resulted in a major disaster, the military media wing said.

It was emphasised that despite Indian acknowledgment of the mistake, relevant international forums must take a serious view of the incident and subject the safety and security protocols of Indian strategic assets to deliberate oversight.

Modi-led Indian government took 48 hours to confirm the mistake and only after Pakistan went public with all the details about the missile landing on its side. Meanwhile, Islamabad has sought a joint probe into the missile fiasco that could have led to a major disaster between the two countries.

The upcoming OIC foreign ministers conference in Islamabad and Pakistan Day Parade is linked to the current political stalemate between the government and opposition parties.