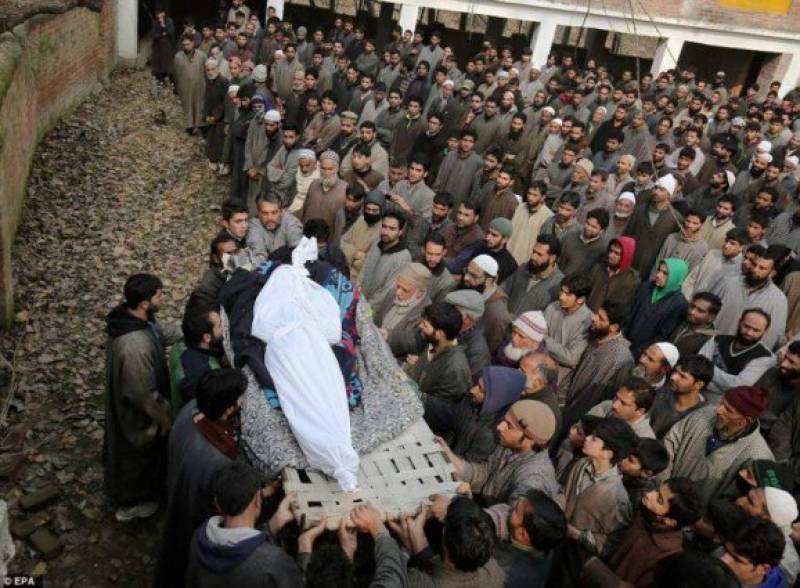 The troops killed the youth during a crackdown operation in Jagtyial area of the district.

The All Parties Hurriyet Conference in a statement in Srinagar today condemned the authorities for invoking black law, Public Safety Act on illegally detained Hurriyet leaders.

The APHC termed the Indian policy towards political prisoners as brutal and inhuman.

Meanwhile, after 27 years of the Gaw Kadal massacre, puppet administration has admitted that 22 unarmed protestors were killed and a dozen were injured in the incident. However, the actual number is much higher than this.

The confession was made in response to a petition filed by human rights activist Muhammad Ahsan Untoo before the territory’s Human Rights Commission in April 2012.