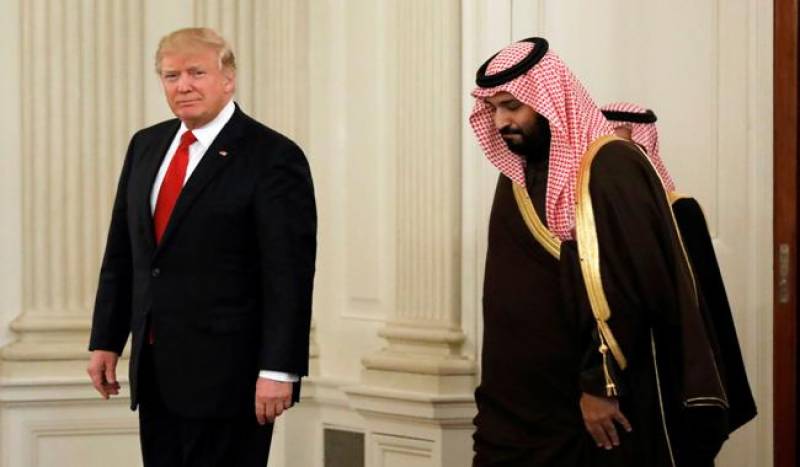 Trump welcomed the young prince to the Oval Office, as both countries expect to improve ties that were frequently strained under Barack Obama´s administration.

Saudi Arabia is likely to welcome Trump´s harder line on its arch-rival Iran and there is likely to be less friction over Riyadh´s war against Iranian-backed Huthi rebels in Yemen.

Saudi Arabia viewed Obama as being too accommodating towards Iran -- particularly amid negotiations on a nuclear deal -- while Washington held grave misgivings about civilian deaths in Yemen.

Trump´s 50-plus days in office have given little indication about his stance on Saudi Arabia´s war, but have seen a dramatic uptick in US action against Al-Qaeda´s Yemen offshoot -- AQAP.

Second in line to the throne, Prince Mohammed is the son of King Salman and holds the post of defense minister, although much of his focus is on economic issues.

He is the chief proponent of Vision 2030, a wide-ranging social and economic reform plan begun last year to diversify the oil dependent economy.

He has also played a key role in the Yemen campaign.

Trump has expressed hope that Saudi Arabia and other Gulf allies can be helpful across a range of issues, from creating safe zones in Syria to solving the Palestinian-Israeli conflict.

Riyadh is also seen by the White House as pivotal in any effort to constrain Iran´s influence across the Middle East.

But that strategy has been widely questioned.

"Anyone experiencing these visions ought to lie down and wait quietly until the sensation passes," warned Aaron David Miller and Richard Sokolsky -- foreign policy advisors to Republican and Democratic administrations.

The pair warned in a Washington Post opinion editorial that "the president is likely to find that his vision of US interests, let alone strategy, doesn´t mesh with that of the Arabs on whom he´s relying."

Experts familiar with the region have also warned that any robust effort to counter Iran must be well thought through -- as Tehran is likely to hit back at US interests asymmetrically and in a non-attributable way.