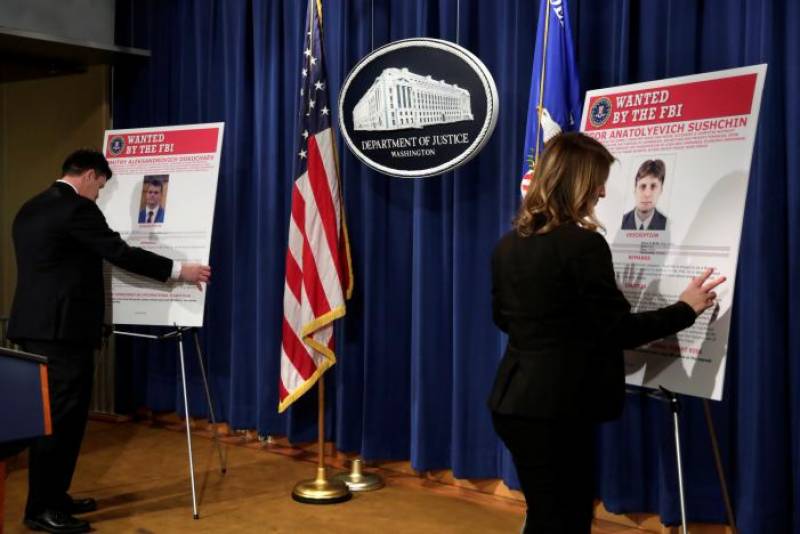 The indictment unveiled in Washington links Russia's top spy agency to one of the largest cyberattacks in history, carried out in 2014, and which officials said was used for espionage and financial gain.

Officials identified the agents as Dmitry Dokuchaev and Igor Sushchin, both of whom were part of the successor agency to Russia's KGB.

They hired Alexsey Belan and Karim Baratov, described as "criminal hackers," to carry out the attacks.

"The defendants targeted Yahoo accounts of Russian and US government officials, including cyber security, diplomatic and military personnel," McCord said.

"They also targeted Russian journalists; numerous employees of other providers whose networks the conspirators sought to exploit; and employees of financial services and other commercial entities."

McCord said Baratov was arrested this week on a US warrant in Canada.

Information on the other suspects was not immediately available.

The attack on Yahoo, disclosed last year, was one of the largest ever data breaches ever and at the time was blamed on a "nation-state" attacker.