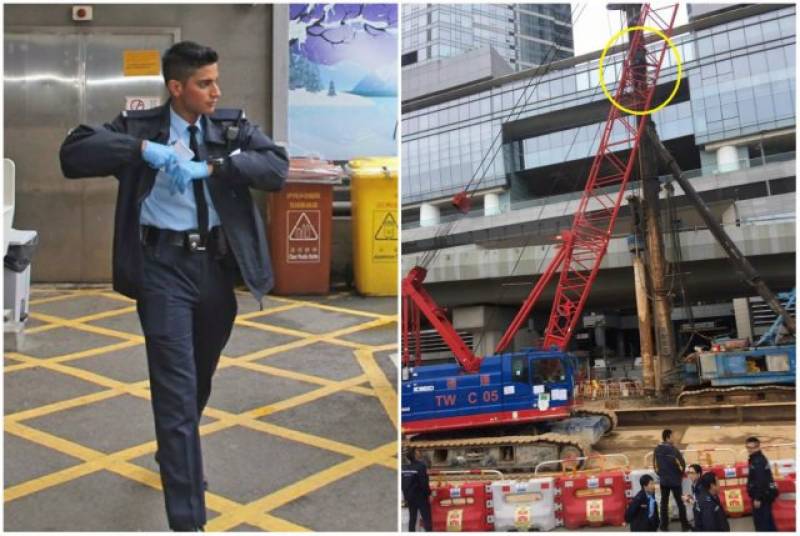 HONG KONG: A local policeman of Pakistani descent has become a hero and won thousands of hearts overnight after he talked a man out of committing suicide in fluent Urdu.

Ifzal Zaffar, 20, from the patrol unit of Yau Tsim District, received a call at around 10:40am on Sunday that a suicidal Pakistani man had climbed up a crane at a construction site by the Western Harbour Tunnel. Upon arrival, Zaffar’s commanding officer, surnamed Cheng, urged him to help.

The 20-year-old climbed up the crane and spoke to the man, named Anan, in their shared language of Urdu. Eventually, Anan agreed to come down and was taken to hospital.

Speaking to Apple Daily, Zaffar said, “I used the techniques we learned at the academy … I think he felt safer knowing that I could talk to him in his own language.”

Zaffar’s commanding officer, Cheung Leung-yuk, praised the young officer for handling the situation so well. The 20-year-old joined the force just under a year ago, after graduating from Project Gemstone, a programme which provides cadets of non-Chinese ethnicity with language classes.

He is the fifth non-Chinese officer to join the force through Project Gemstone.

Zaffar has won widespread praise from netizens, who have lauded him for his quick thinking and empathy. A good deal of attention, however, has been focused on Zaffar’s good looks, with many netizens and some media outlets calling him the “pretty boy cop”, and “Hong Kong’s most handsome police officer”.