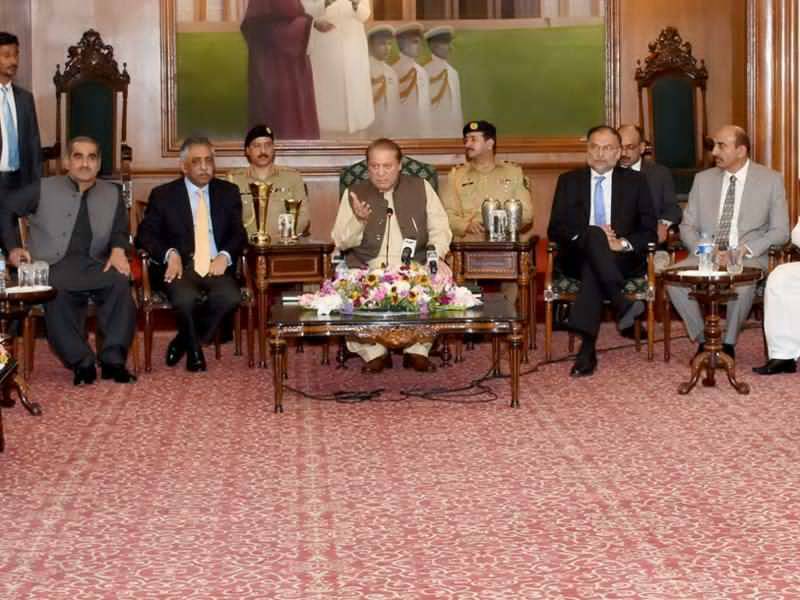 Chairing a meeting of PML-N leaders and workers at Governor House in Karachi on Tuesday, he said construction work on this project will start soon.

He said Karachi Green Line metro bus project and Lahore-Karachi motorway are also being completed by the Federal Government.

Discussing the party business, he said PML-N will contest the next general elections from all over Sindh including Karachi.

During the meeting, members of PML (N) Sindh informed the Prime Minister about the problems and issues of the province especially Karachi and also briefed him about the development projects.

Meanwhile, talking to leading businessmen in Karachi, the Prime Minister said when our government took office in 2013, we were faced with problems including terrorism, economic decline and energy shortage.

He said our government took it as a challenge and worked tirelessly to overcome these problems.

He said today by the grace of Almighty; and hard work of our government, Pakistan is on the path of development and prosperity.

Referring to the law and order situation in Karachi, the Prime Minister said there has been significant improvement in this regard and business activities have returned to normal in the city.