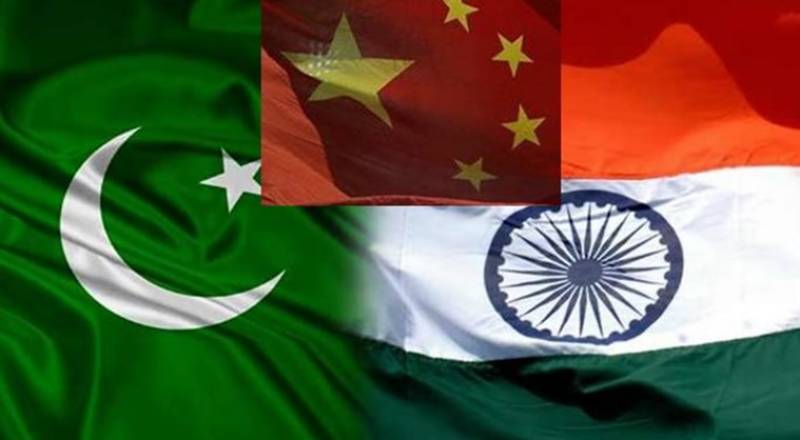 BEIJING: (APP) Entry of Pakistan and India into the Shanghai Cooperation Organization (SCO) will hopefully bring new momentum to the development of the China-Pakistan Economic Corridor (CPEC) framework.

"The SCO has played a positive role in pushing forward the One Belt, One Road initiative, in which the CPEC has long been seen as a flagship project. Pakistan's entry will also likely offer convenience for attracting new partnerships into the CPEC," a Chinese newspaper 'Global Times' reported on Wednesday.

It reported that the next SCO summit will be held in Astana, Kazakhstan this June, when Pakistan and India are likely to become members of the organization.

The entry of the two nations into the SCO may help boost cooperation between India and Pakistan in areas such as infrastructure and anti-terrorism efforts, it commented.

In a bid to become members of the SCO, the two neighbours will need to sign a number of documents and pledge to perform in accordance with SCO law, including the SCO Member States Agreement on Border Defense Cooperation that was signed in 2015.

Though New Delhi may try to seek fairly flexible multilateral agreements with SCO countries, both India and Pakistan will have to adhere to the principle and basic framework under the SCO to strengthen security and anti-terrorism cooperation.

The hostility between India and Pakistan is unlikely to be dispelled in a short time, but the SCO is likely to provide a fresh platform for the two nations to gradually resolve disputes.

Additionally, a third party could step in to mediate the situation within the SCO framework to prevent an outbreak of conflicts between Pakistan and India, it added.

The entry of the two nations into the SCO is likely to contribute to the stability and security of the region, thus boosting economic growth and speeding up regional economic integration.

The SCO, which was set up in 2001 as a regional security organization, has expanded its agenda to include economic initiatives.

Chinese Premier Li Keqiang in 2015 made a proposal for the SCO to build six cooperation platforms, including one for connectivity cooperation.

According to a post on the Chinese government website, Premier Li noted that "the possibility may be explored to establish a Eurasian connectivity network." In that case, South Asia's highway network construction may be accelerated after India and Pakistan become full members of the SCO.

Pakistan's entry will also likely offer convenience for attracting new partnerships into the CPEC, it concluded.