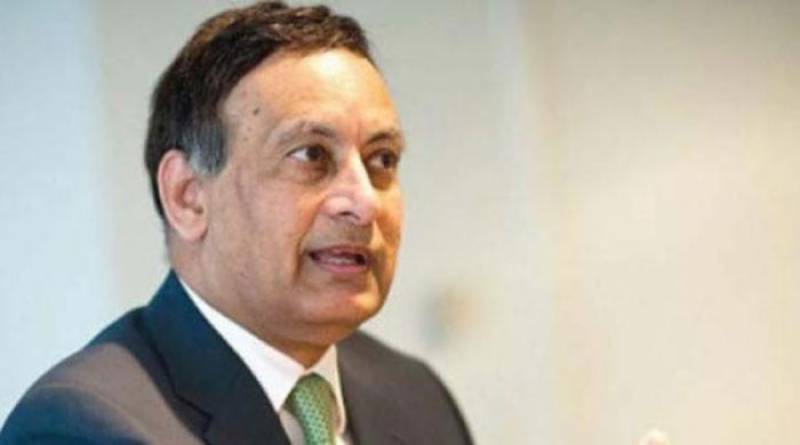 ISLAMABAD: (APP) National Assembly on Wednesday came out with a consensus notion to back the demand of Defence Minister Khawaja Muhammad Asif for setting up a Parliamentary Commission to investigate an article of former ambassador to United States Hussain Haqqani published in United States media.

"This article is directly related to our national security and top two office bearers of the government of that time and needs to be investigated by a Parliamentary Commission to unearth facts," the minister had stated in National Assembly that was also endorsed by opposition parties in the House.

"The issues like granting visa to US nationals from Washington and Dubai, operation to kill Osama Bin Laden and killing our people by US agents needs threadbare and an open probe in presence of national media so that such issues are settle for once and for ever," he added.

In his statement in the House, the minister said, the incidents mentioned in the article of Hussain Haqqani are on record as he mentioned to statement of the then Defence Minister Chaudhry Ahmed Mukhtar, Prime Minister Yousuf Raza Gilani and an article by former President Asif Ali Zardari.

"Not only this article but also the issuance of visas and issue of unsuitable expenses worth US$ six million for which no track was found, needed proper investigation," the minister said.

He said the matter is also serious in the context that Haqqani had hurled allegations against two most important functionaries of the state. "The same functionaries had owned Haqqani as Pakistan’s ambassador in United States. Therefore, it is imperative to also investigate if there had been any linkages between these functionaries and Haqqani."

He said the issues mentioned in his article haunt us time and again as he also claimed that different happenings like covert operations and killing of innocent Pakistanis were also connected to the then Interior Minister A Rehman Malik.

Khawaja Asif said it was not for the first time that Hussain Haqqani had resorted to such an act and his assertions that visas were issued to US agents even without bringing into knowledge of Pakistani security agencies.

"The facts stated in his article were never denied by the PPPP leadership at highest level. We think it is breach of national security and needs to be investigated."

Endorsing the demand of Defence Minister, Leader of the Opposition Syed Khursheed Ahmed Shah supported constitution of a Joint Parliamentary Commission that should investigate Haqqani's article, Memo Gate, Osama bin Laden’s killing and connections of Pakistanis with him.

"Such an investigation will strengthen the Parliament. Let us call a spade a spade and settle these issues once and for all," he added.

MQM's Sheikh Salahuddin and PTI's Shafqat Mahmood and Arif Alvi also supported the demand of a Parliamentary Commission as well as an open investigation of the matter as they deemed the article as breach of national security.

The members also demanded to bring the issues like Memogate, Abbottabad Commission report, issuance of visas to US nationals and unsuitable expenditures by Hussain Haqqani during his tenure as ambassador.

Deputy Speaker Murtaza Javed Abbasi consented to the opinion of the House and asked the political parties to start working on ToRs of the Commission so it could be announced and approved in the House through a motion.