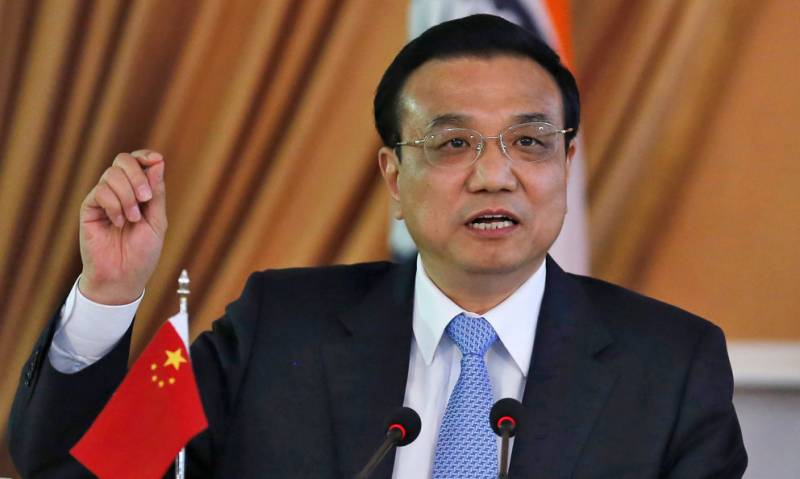 "We don´t want to see any trade war breaking out between the two countries. That wouldn´t make our trade fairer," Li told reporters at a press conference closing China´s annual parliamentary session.

"No matter what bumps the China-US relationship may run into, we hope this relationship will continue to move forward in a positive direction."

China and the United States are currently discussing arrangements for a summit between President Donald Trump and his counterpart Xi Jinping that could help ease tensions stoked by Trump´s fiery election-campaign rhetoric.

Trump threatened to upend decades of multilateralism and raised fears of a trade war with China while on the campaign trail.

After his election victory, he angered Beijing with a protocol-busting telephone conversation with the president of self-ruled Taiwan, which China claims as its own.

Trump and Xi subsequently smoothed over the dispute last month in a phone call in which the US leader reiterated Washington´s adherence to the "one China" policy that nominally endorses Beijing´s claim to Taiwan.

In the wake of the Xi-Trump conversation, Li said he saw "bright prospects" for bilateral relations.

"I believe whatever differences we have, we can still sit down and talk to each other and work together to find solutions," he said.

Li´s parliament-ending press conference is the only time each year that foreign journalists are allowed to put questions to a member of China´s elite leadership inner circle, though they are pre-approved.

Li is second only to Xi in the Communist Party hierarchy.

Li cited a report which he said indicated that if a trade war occurred, "foreign-invested companies, in particular US firms, would bear the brunt of it".

Li vowed that China would continue to act as a steady pillar of the global economy despite trimming its domestic economic growth forecast for this year.

He said the government growth target for 2017 was "around 6.5 percent, or higher if possible," a further deceleration after full-year growth last year came in at 6.7 percent, weakest since 1990.

He said Wednesday that achieving the 2016 target "will not be easy", and warned that China faced a plethora of financial risks at home.

China is trying to pivot from hyper-fast growth based on investment, heavily-polluting industries, and exports towards a steadier consumer-driven model.

But the transition is complicated by the slowing growth, a slumping currency, bloated industrial firms, capital flight abroad, and fears of a looming housing bubble and bad-loan crisis.

Li said China would "continue to be a strong driving force in the face of a sluggish global economy recovery."

But he added that Chinese policymakers need to "take very seriously the risks we are facing on the domestic front, especially in the financial sector."

"We need to fasten our seat belts and prevent any acute outburst of financial risks and we will also make sure that we prevent any regional and systemic risks," he said.

Trump´s Secretary of State Rex Tillerson will visit Japan, South Korea and China beginning later this week, with tensions soaring in the region.

North Korea has caused alarm with its latest missile tests while US-South Korean military exercises have added to the discord.

China also has strongly hit back against the US deployment in South Korea of an anti-missile defence system aimed at the North Korean threat but which China says weakens its own defences.

Li issued a call for all sides to work toward defusing the situation, apparently speaking for China in saying "no one wants to have chaos at their doorstep."