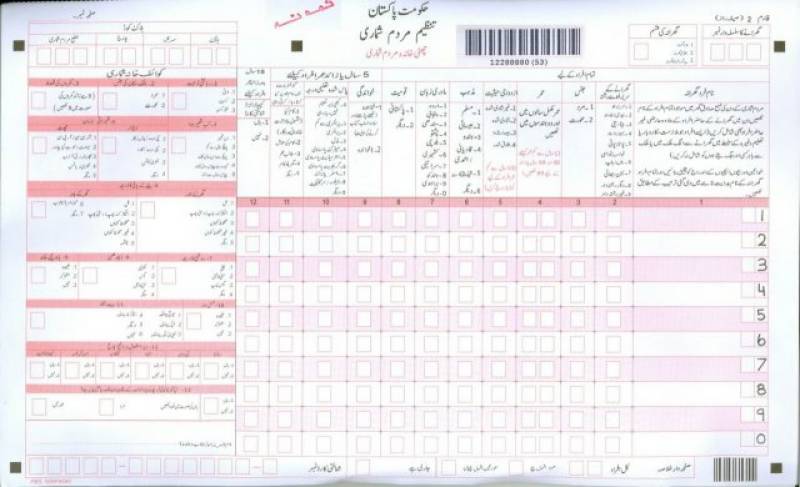 KARACHI: 6th Population Census has been launched in Pakistan after a long gap of almost two decades.

The Population Census Form has also been prepared and advertised in order to acquaint the people pre hand regarding the census procedure.

Forms are being provided at every house to fill the information. The data will be about gender, age, marital status, religion, mother tongue, nationality and education of family members.

This form also includes questions such as names of all the people in the household, their relation with the head of family, occupation, nature of residence, drinking water source and even facilities of toilet and kitchen in the home.

This is the first time in history that transgender persons will be counted. One CNIC of a family is mandatory to prove their identity.