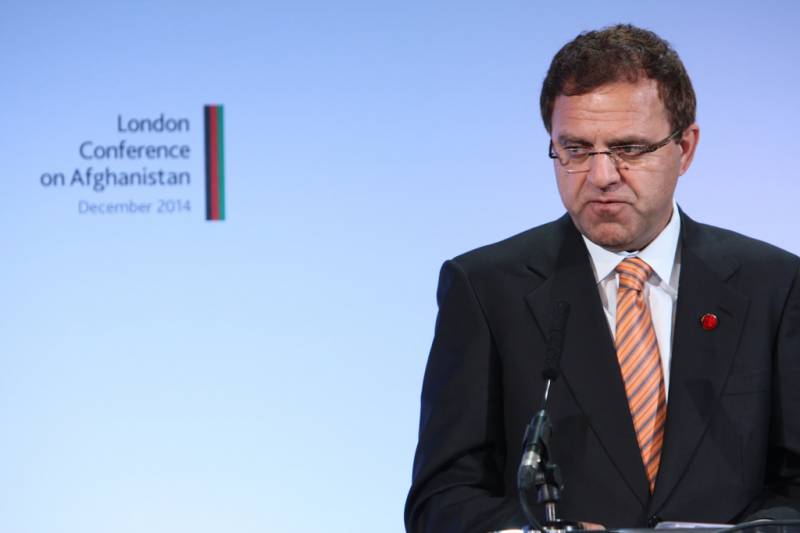 Britain will host a high-level meeting to ease the “tense bilateral relations” between Pakistan and Afghanistan, a top-level diplomat in Kabul said on Tuesday.

Dr Omar Zakhilwal, Afghanistan’s envoy to Pakistan, made the announcement via his Facebook account. He added that Sartaj Aziz and Mark Grant will be representing Pakistan and Afghanistan respectively.

“The meeting will focus on a mechanism for genuine Pakistan-Afghan cooperation on fighting terrorism, the current tense bilateral relations and the closures of crossing routes between the two countries,” read the Facebook post.

Islamabad last week shut its porous border with landlocked Afghanistan after opening it for two days, saying the measure was necessary to save Pakistanis from attacks from militants operating inside Afghanistan.

Foreign Office spokesperson Nafees Zakaria told reporters the country was forced to close the border because of the threat of terrorism from militant groups like Tehrik-e-Taliban, the Islamic State group and Jamaat-ul-Ahrar, which are located in Afghanistan and trying to carry out attacks in Pakistan.

He spoke hours after Pakistan shut the two main border crossings with Afghanistan after a temporary, two-day opening that enabled more than 35,000 people to cross the border.

Pakistan, which shares the 2,200 kilometre (1,375 mile) long border with Afghanistan, initially shut all the border crossings after a string of militant attacks in the country last month killed over 125 people. Islamabad has accused Kabul of failing to take action against Pakistani militant sanctuaries in Afghanistan's border regions.

Kabul has denied the allegation.