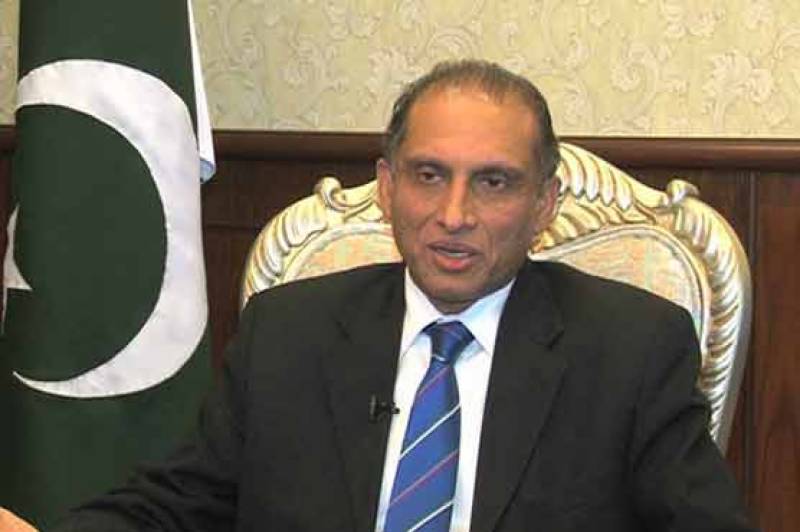 WASHINGTON: (APP) Pakistan's new ambassador to the United States Aizaz Chaudhry has expressed the confidence that President Trump and his new administration will engage positively with Pakistan, saying the two nations have been partners for last seven decades and their multifaceted ties have benefitted both.

In his first interview with APP, after assuming his new assignment in Washington on Monday, Ambassador Chaudhary said he would work to deepen the mutually beneficial ties the two countries have enjoyed since long.

The Ambassador said that given that both President Trump and Prime Minister Nawaz Sharif have strong business backgrounds, the two countries can certainly profit from strong economic relations.

"One area where the two countries have cooperated closely in the recent past is the shared desire to defeat the menace of terrorism. Our partnership has helped to defeat Al-Qaeda," the Ambassador said.

Underscoring Pakistan's unwavering commitment to counter terrorism, the Ambassador said that Pakistan and the US could continue this mission until our region is rid of terrorism in all its forms and manifestations.

On Afghanistan, the Ambassador stated that the two countries could also work together to stabilize Afghanistan. "Pakistan would like to see a stable, peaceful and prosperous Afghanistan. We have suffered in the past from instability in Afghanistan."

Responding to a question, he said that it was vital that the United States and Pakistan work together to destroy ISIS before it gains any footholds in Afghanistan.

When his attention was drawn to the fact that some US lawmakers continue to express reservation about Pakistan's commitment to fight terrorism, the Ambassador stated that it was important that the US lawmakers were apprised of the reality of today's Pakistan, which was way too different from the perceptions created by some detractors.

He said that Pakistan has turned the tide against terrorism and Operation Zarb-e-Azb was a resounding success. "We are now consolidating through a new military operation Radd ul Fasaad, which is meant to search and eliminate terrorists hiding in our society," he added.

The Ambassador said that the implementation of the National Action Plan has become one of Prime Minister Nawaz Sharif's top priorities.

"As Foreign Secretary of Pakistan, I was honored to sit in many high level meetings where such decisions were taken and reviewed. I can say it with authority that Pakistan is now well on its way to defeat terrorism in our country."

He said he would make efforts to take this positive story to each member of the US Congress and show them the fast emerging positive reality of Pakistan. "We would also welcome the US legislators to visit Pakistan and see for themselves the new, stronger and prosperous Pakistan," he added.

Ambassador Chaudhary said that before arriving in Washington, he called on the President and the Prime Minister as well as senior civil and military leadership, and there was a complete consensus in Pakistan to have friendly and cooperative ties with the United States.

"The US remains one of our most important relationships in terms of trade, economy, defense, energy, health, education, and culture," the Ambassador said and added the he was here to build on the excellent history of cooperation the two countries have enjoyed since long.

"I am confident that President Trump and his administration will engage positively with Pakistan for the common benefit of our two countries," the Ambassador added.