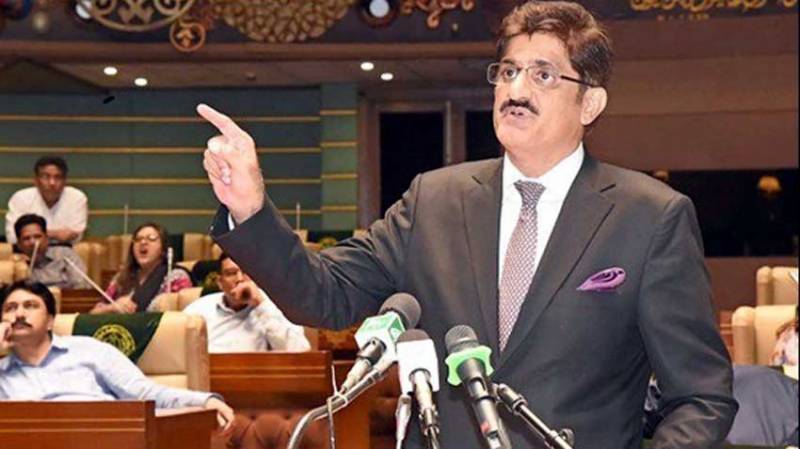 Sindh budget with a total outlay of Twelve hundred seventeen billion (1217) rupees zero deficit for next financial year 2019-20 has been presented on Friday.

Our Karachi correspondent Muhammad Waqas reports that fifteen percent increase in the salaries and pension across the board has been announced in the budget.

A programme for poverty reduction has also been announced. In the next budget, first priority in terms of budgetary allocations has been be given to education then health and law and order.

The revenue targets of the province have been revised from 243.082 billion rupees to 240.746 billion rupees. As a result, against an estimated budgetary amount of 1.123 trillion rupees, the revised receipts for Current Financial Year stand at 963.699 billion rupees.

On the current revenue side, the expenditure budget is estimated at 870.217 billion rupees which shows an increase of 12.5 percent over the current year allocation of 773.237 billion rupees. This increase in expenditure is primarily in the employee related expenses which could not have been avoided. Similarly, the impact of increasing utilities has been absorbed. Our austerity policy shall continue during the next financial year. We have introduced major cuts in operating expenses. However, it would not be done at the cost of social sectors.

An amount of 283.5 billion rupees has been earmarked for development projects which include Provincial and District Annual Development Programme.

Presenting the budget in the House, Syed Murad Ali Shah said that allocation for school education has been increased from 170.832 billion rupees to 178.618 billion rupees in the next financial year, 2019-20, whereas, on development side, 15.15 billion rupees have been allocated in ADP 2019-20.

An amount of 13.50 billion rupees has been earmarked for Health sector to bring improvement in it while 109.788 billion rupees allocated in the head of law and order in the province.

Sindh Chief Minister announced an increase of 15 percent in pay as adhoc relief allowance for all employees of Grade-1 to Grade-22 and 15 percent increase in the pension of pensioners.