Business community to be taken on board for country's progress: SAPM Firdous
15 Jun, 2019 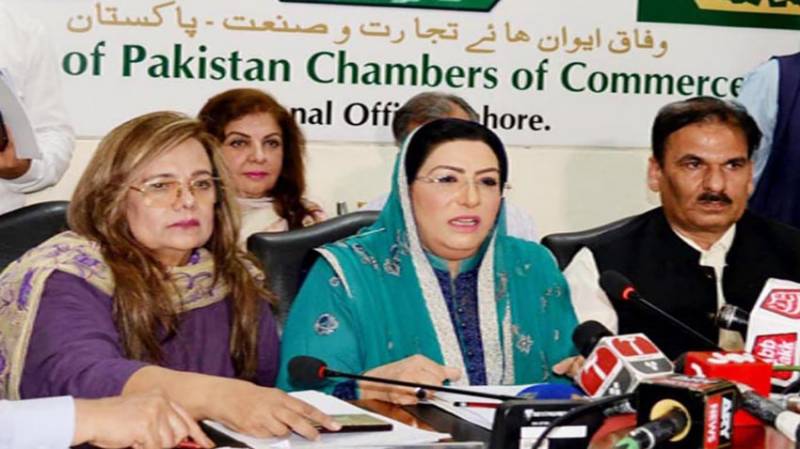 Special Assistant to Prime Minister on Information and Broadcasting Dr Firdous Ashiq Awan has said that the business community is the backbone of the country's economy and government will engage them to address their reservations in the federal budget.

Talking to representatives of various chambers and trade unions at the Federation of Pakistan Chambers of Commerce and Industry in Lahore, she said the government wanted to make the business community its partner in the journey of country's progress.

Special Assistant to Prime Minister on Information said that amnesty scheme announced by the government was aimed at documentation of assets and it was being changed into asset declaration bill.