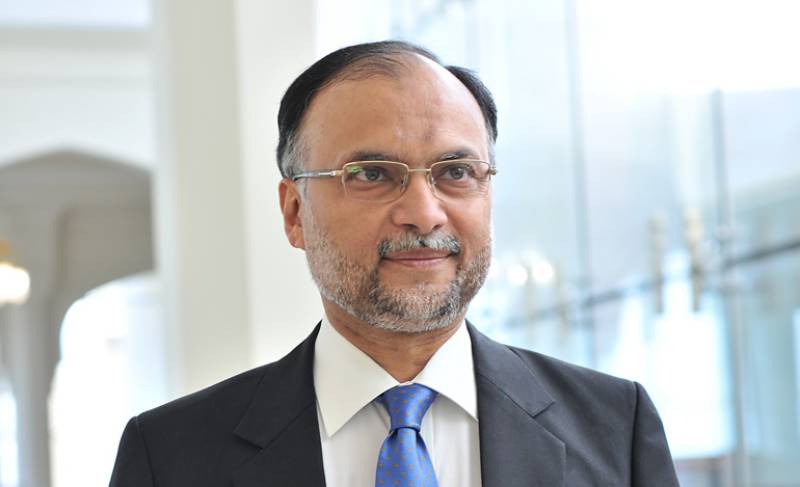 Minister for Planning and Development Ahsan Iqbal Wednesday said that Gwadar-Quetta cargo service would be functional from December this year.

The Minister said this while speaking about the 2nd interim report on China Pakistan Economic Corridor (CPEC) placed before the Senate by the Convener of the Committee Senator Taj Haider.

He said that the 660 km long Gwadar-Quetta section had already been completed in three years.

The Minister also paid tributes to seventeen personnals of the Frontier Workers Organization (FWO) who sacrificed their lives during the construction of the road.

Most of the figures and observations mentioned in the report submitted by the Sepecial Committee of the Upper House are contrary to the facts, the Minister said.

Referring to recent meetings with Balochistan and Khyber Pakhtunkhwa  representatives, Ahsan Iqbal said that representatives of both the provincial governments expressed their satisfaction over the China Pakistan Economic Cooridor project and assured them for taking care of their points in future.

The government has allocated Rs 35 billion for Western Route of the    CPEC during the next financial year.

He said a sum of $ 35 billion has been allocated for energy sector  projects including $ 11 billion for Sindh and $ 9 billion for Punjab.

A sum of Rs 22 billion has been allocated for Dera Ismael Khan-Burhan section of CPEC, Rs 17 billion for Havelian-Thakot section, Rs 19 billion for Multan Sukkur section in the PSDP of 2016-17.

The government has also allocated Rs 5.4 billion for connecting Indus Highway with the CPEC. Whereas Rs 3.3 billion would be spent on connecting Zhob and Mughal kot.