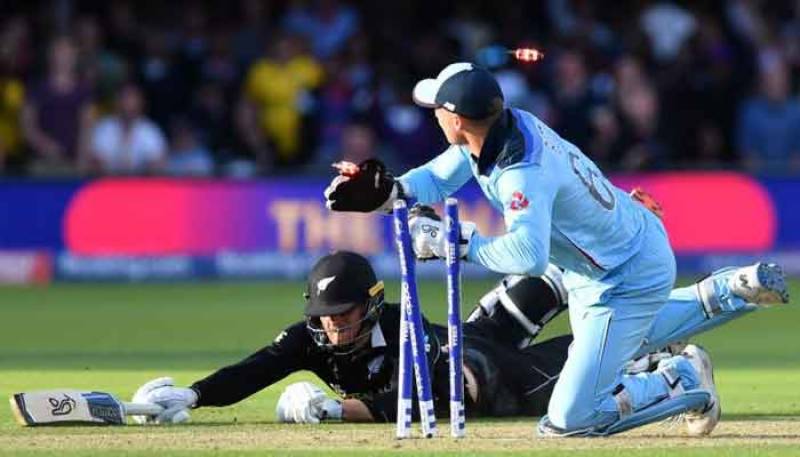 Wellington: Heartbroken New Zealanders expressed pride Monday in the Black Caps’ fighting spirit after defeat to England in the Cricket World Cup final, but also bemusement at the obscure rules that cost them the match.

The Black Caps lost even though scores were tied at the end of both regular play and a Super Over shootout, with England’s superior boundary count giving them victory.

As Kiwi fans absorbed a second straight loss in the tournament decider, Prime Minister Jacinda Ardern was concentrating on the positives.

"That was undeniably an incredible game. I think as a nation we all aged a year in that Super Over," she posted on social media.

"Congratulations to England. And to the Black Caps, I feel nothing but pride. What a team."

But her sports minister Grant Robertson questioned the tie-break method.

"What an extraordinary game. Not sure Super Over is the right end," he tweeted.

"Whatever, NZ you can be so, so proud of this team."

Former Black Cap Scott Styris labelled governing body the ICC "a joke" over the rules but congratulated both teams on a stunning efforts.

Former New Zealand captain Stephen Fleming’s one-word reaction to the result was "cruel", while even the father of England’s Kiwi-born match-winner Ben Stokes felt the Kiwis were hard done by.

Gerard Stokes, a former New Zealand rugby league international who took his son to England as a boy while he pursued his career, said honours were even.

"It’s a shame there has to be a loser," he told the New Zealand Herald.

"They could have shared the trophy but that doesn’t seem to be how things are done these days."

News website stuff.co.nz said New Zealand had been denied by the fine print.

"England did not win the Cricket World Cup final and the Black Caps did not lose it," an editorial said.

"But the tournament had to have a winner, somehow. And in the end, what was perhaps the most dramatic ODI ever played, was decided by a curious, contentious fine-print rule."

It was a theme echoed by Sam Flynn Scott from pop culture website The Spinofff’s cricket podcast.

"Did we lose the game? It seems like it was tied and then it was tied again, then there was just some stupid rule about who wins the World Cup," he said.

"It should have been who took the most wickets (which would have given New Zealand victory)."

Former New Zealand bowler Daniel Vettori said it "feels unfortunate" the final was decided on boundaries scored but the Black Caps had to accept the rules.

He said the match also turned on several key moments, including a freak fielding deflection off Stokes’ bat that raced to the boundary and a missed opportunity for Trent Boult to catch the England batsman on the boundary.