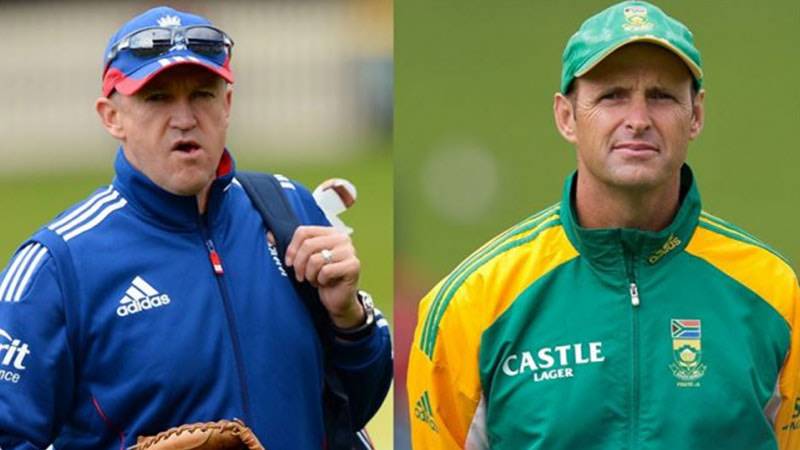 *The Chief Executive Officer(CEO) of the Pakistan Cricket Board (PCB) Wasim Khan has said that the reports of former Zimbabwe skipper Andy Flower and ex-South Africa batsman Gary Kirsten replacing Misbah-ul-Haq as the Green Caps’ head coach are untrue. *

According to a report, Khan refuted that the governing body has come to an agreement with the former batting duo.

“Flower will not be available for two years due to his commitments,” the PCB CEO said. “The is no truth to the report of him replacing [head coach] Misbah. We have not signed a deal with anyone at this moment.”

He added that Kirsten, who led India to their second International Cricket Council (ICC) World Cup win in 2011, is also out of the running for the coaching role.

“At this moment, Gary [Kirsten] is also not available to replace Misbah,” he added.

Wasim further believes the former Pakistan skipper should be given another chance to prove his credentials and should not be removed from the position prematurely.

“A three-year deal has been signed with him and [bowling coach] Waqar Younis but they can be let go before their given term,” he said. “We can spend money if we have to but the news of management changes are untrue at this moment.”

The head coach came under severe criticism in the recent PCB Cricket Committee’s meeting over the Men in Green’s poor run across all formats but got another chance link to change the team’s fortunes in the home series against South Africa.

According to media reports, the seven-member PCB committee — in its recommendation to the Chairman Ehsan Mani — were dissatisfied with the former cricketers’ performance link in the coaching role and voted in favour of his removal.