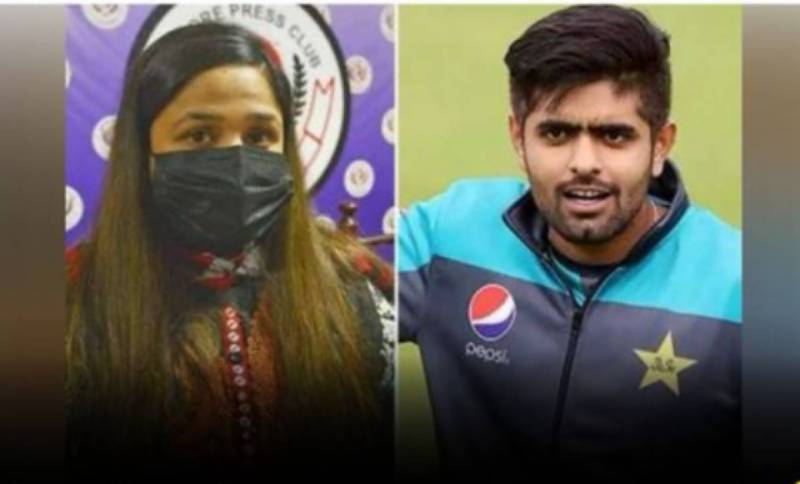 LAHORE – Hamiza Mukhtar, who accused Babar Azam of sexual abuse, now says she neither have nor had any relation with the captain of Pakistan national cricket team.

In a video, the woman can be seen signing an agreement which was read out aloud by her lawyer.

According to the counsel, the agreement states that she alleged the cricketer of abusing her for years “because some of her friends (faking as media personnel) asked her to do that”.

“I am recording this statement without any pressure. Some of my friends encouraged me to make false allegations against Babar to gain fame. Next time, If I make any such statement, action should be taken against me,” the lawyer added, on behalf of Hamiza.

On Thursday, Additional Sessions Judge Mohammad Naeem had ordered the Naseerabad Police to register a case against Babar Azam while hearing a petition filed by Hamiza, who earlier claimed to be also an ex-class fellow of the star batsman.

Days after an emotional press conference in Lahore, Hamiza filed multiple petitions in court, alleging that Azam had been abusing her sexually over the years on the pretext of marriage.

While defending the allegations, Babar’s counsel maintained that the petitioner was trying to blackmail his client, adding that the woman had also blackmailed him in 2016.

Babar’s lawyers said that the woman was demanding Rs2 million to withdraw the allegations.

Earlier this week, Babar Azam started net practice at the National Cricket Academy (NCA) after missing out all the matches of Pakistan against New Zealand owing to thumb injury.

Babar’s thumb was injured during net practice in Queens Town on Dec 12. Despite missing out all the matches, Babar remained with the team in New Zealand.