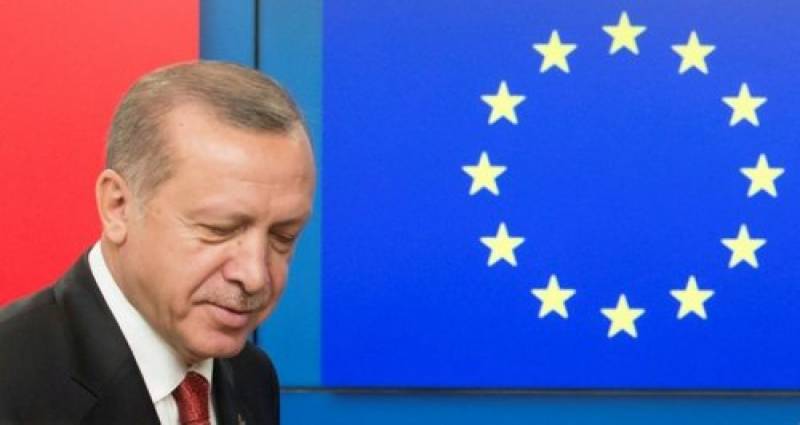 ANKARA: After an over half century accession bid, Turkey and the European Union are moving into a new period of relations where tighter cooperation in specific areas will be prioritised over Ankara’s drive for full membership, analysts say.

Ties between Turkey and the EU reached a low point in 2017 with the membership process grinding to a halt and President Recep Tayyip Erdogan accusing some key members, including Germany, of behaviour reminiscent of the Nazis.

But Erdogan has begun 2018 in a different spirit, bounding off in the first week of January on a visit to Paris and his foreign minister making a key fence-mending trip to Germany.

Meanwhile, EU leaders have urged a new spirit of realism, with French President Emmanuel Macron saying during Erdogan’s January 5 trip it was time to end the “hypocrisy” that progress could be made on Turkish membership.

“There is an understanding on both sides that the accession process is dead and won’t go anywhere soon,” said Asli Aydintasbas, a fellow at the European Council on Foreign Relations (ECFR).

“So we are essentially talking about a new format and a more transactional relationship with European member states,” she told AFP, adding this would mean more emphasis on trade.

“Ankara sees this as such and entertains no illusions about revitalising the accession process,” she added.

The July 2016 failed coup marked a watershed moment in the history of Turkey-EU relations, with Ankara accusing the bloc of failing to show solidarity and Brussels sounding alarm over the mass post-coup crackdown.

Erdogan has repeatedly huffed and puffed over the length of Turkey’s EU bid, complaining that Ankara has been “kept waiting at the door” for 50 years as it watched ex-Communist states being let in without fuss.

Accession talks began in October 2005. Out of the total of 35 chapters needed to be closed to join the EU, 16 have been opened with just one closed. No new chapter has been opened since financial and budgetary provisions was opened in June 2016.

“It’s clear that we must move away from this hypocrisy of thinking a natural progression towards the opening of new chapters is possible when this is not true,” Macron said after his talks with Erdogan.

Bulgarian Foreign Minister Ekaterina Zaharieva, whose country holds the EU presidency, said Friday it was better to have a “realistic” discussion with Turkey about membership without “hiding the problems”.

Marc Pierini, a visiting scholar at Carnegie Europe and a former EU ambassador to Turkey, said Ankara “by its own choices” was no longer meeting the necessary criteria, especially on rule of law, in the wake of the post-coup crackdown.

“Essentially what we are witnessing now is the downsizing of the relationship from one between political allies to one between partners cooperating in a number of fields such as counter-terrorism, trade and refugees,” he told AFP.

Hurriyet daily columnist Sedat Ergin wrote Friday Macron’s words signalled a “paradigm change” in Turkey’s relationship with the EU which, for the French leader, would now be defined “cooperation in pursuit of common goals” rather than enlargement.

“Just a name has not been given to this new format of cooperation,” he said.

Incentives for Turkey without full membership include visa liberalisation and an upgrading of the existing customs union.

But EU Affairs Minister Omer Celik said Ankara would perceive an offer of a so-called “privileged partnership” as an insult, saying Turkey would never accept a “second class status”.

Warming up to Europe

Elsewhere, Turkey’s hopes of a strong relationship with US President Donald Trump have been scuppered by rows including the arming of Syrian Kurds and a New York court case.

Meanwhile Ankara is aware its current pragmatic partnerships with Turkey’s historic Ottoman rivals Iran and Russia are precarious while the rise of Crown Prince Mohammed bin Salman in Saudi Arabia has reshuffled the cards in the Gulf region.

For all the rows of the last year, the EU is still by far Turkey’s largest trading partner, while Turkey is the EU’s fourth largest export market and fifth largest provider of imports.

The meeting between Foreign Minister Mevlut Cavusoglu and German counterpart Sigmar Gabriel at least changed the mood music in a bumpy relationship, with Berlin’s top diplomat hosting his guest in his folksy Lower Saxon hometown and treating him to a cup of home-brewed Turkish tea.

Gabriel had late December suggested a deal for Britain’s relationship with the EU after Brexit could be a model for the future relationship of Turkey with the bloc.

“Turkey is warming up to Europe and there is a deliberate effort from leaders in Ankara to distance themselves from the acerbic language and accusations,” said Aydintasbas.