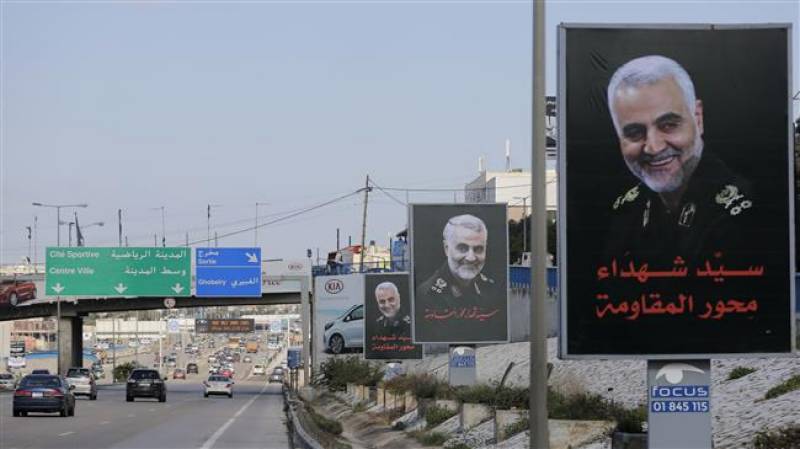 The paper reported on Thursday that General Soleimani had been arranging talks in Saudi Arabia and United Arab Emirates in order to de-escalate tensions with Tehran.

The Times wrote that the talks happened after Saudi Arabia and the UAE, which are central to the Trump administration's so-called regional alliance seeking to pressure Iran, began to question the efficiency of Washington's anti-Iran campaign.

According to the report, one such meeting took place last September in Abu Dhabi, the capital of the United Arab Emirates where a plane carrying "senior Iranian officials" landed for talks.

News of the meeting, which reached Washington only after it was notified by reports from American spy agencies, "set off alarms inside the White House", according to the report.

The report added that a similar mediation attempt, also arranged by Gen. Soleimani, was underway between Tehran and Riyadh using Iraqi and Pakistani intermediaries.

The report wrote that the developments had greatly concerned Israel, which had been trying to push the Trump administration to exert more pressure on Tehran.

According to the Times, US Secretary of State Mike Pompeo met Mossad chief Yossi Cohen on October during a trip to Israel where he was briefed on Iran's attempted de-escalation talks with Saudi Arabia and the UAE.

Cohen warned Pompeo that Tehran was effectively on the verge of achieving its "primary goal" of breaking up the so-called "anti-Iran" alliance.

A few months later in early January, General Soleimani was assassinated by Washington’s order while on a formal visit to Baghdad.

According to former Iraqi prime minister Adel Abdul-Mahdi, General Soleimani was due to formally meet the Iraqi premier during the trip and was carrying Tehran's response to a message from Riyadh regarding the de-escalation talks. [image: Soleimani was to deliver Tehran's reply to Saudi de-escalation letter when killed: Iraqi PM] link Following the attack, the Trump Administration claimed that the assassination had taken place after a reported rocket attack on a US base in Iraq killed a "US civilian contractor" and that Gen. Soleimani was an "imminent threat" to US citizens. link

Many US political figures have rejected the claims and have questioned why the Trump administration has failed to provide any evidence backing its actions.