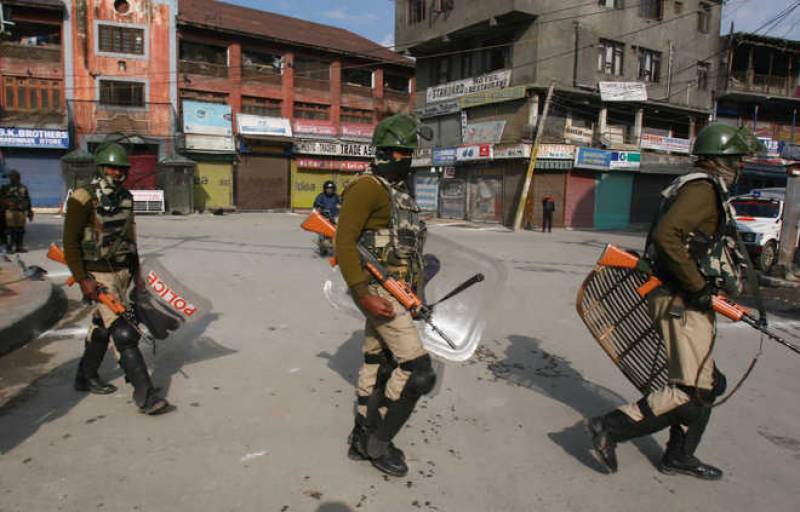 SRINAGAR: Political and Hurriyat leaders of Indian Occupied Kashmir called for a massive strike to protest against Pulwama killings.
Indian Army had killed two Kashmiri youth including a woman during a protest against alleged Indian Occupation of Kashmir.

Indian troops allegedly opened fire at protesters last day in which two civilians died and at least 20 were reported to be wounded.
Indian troops claimed that they were suspecting the presence of armed rebels as protesters started throwing stones at them.

Kashmir is divided between two rivals India and Pakistan since 1947 and is witnessing uprising since 1989 against the illegal occupation by the India.

Militants are fighting against Indian forces for independence in which tens of thousands have been dead. India accuses Pakistan of arming and training rebels while Pakistan always denied these charges however Pakistan always claim to support Kashmiris morally and diplomatically against the illegal occupation by the  Indian forces.
Pakistan has raised political and diplomatic support for Kashmiri People’s right of self determination on international forum including the United Nations General Assembly and urges UN Security Council to implement its resolutions on Kashmir.